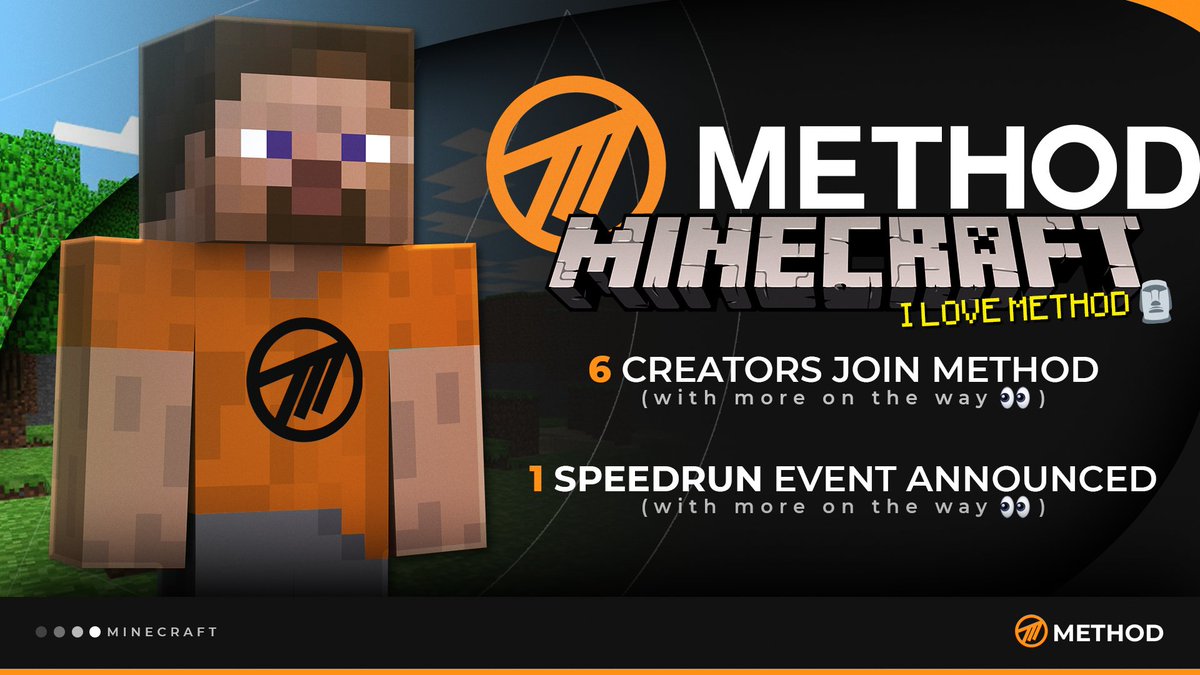 U.K.-based esports organization Method is entering the world of Minecraft. This comes following an announcement from the company saying it had launched a speed-running event and had signed six competitive gamers to take part in the tournament.

The Method Rush: Minecraft Invitational is scheduled to take place on June 19th. Top Minecraft speed-runners will go head-to-head to stake their claim in the event’s $3.5K prize pool.

In preparation for the invitational, Method put together a crack team of six Minecraft speedrunners. This includes K4yfour, Couriway, Feinberg, Dimeax, NiceTwice, and Dowsky. Together, this lineup has broken multiple video game speed-running world records.

“The Method Rush: Minecraft Invitational is the first of many in our Minecraft esports series and we cannot wait to do more,” Method said in a press release. “In the future lookout for more Method Rush events and maybe even some MMO crossover events (we’re looking at you and your World of Warcraft dungeon building skills @MethodGokiburi) because we’re just getting started and ready to create incredible content for the Minecraft community.”