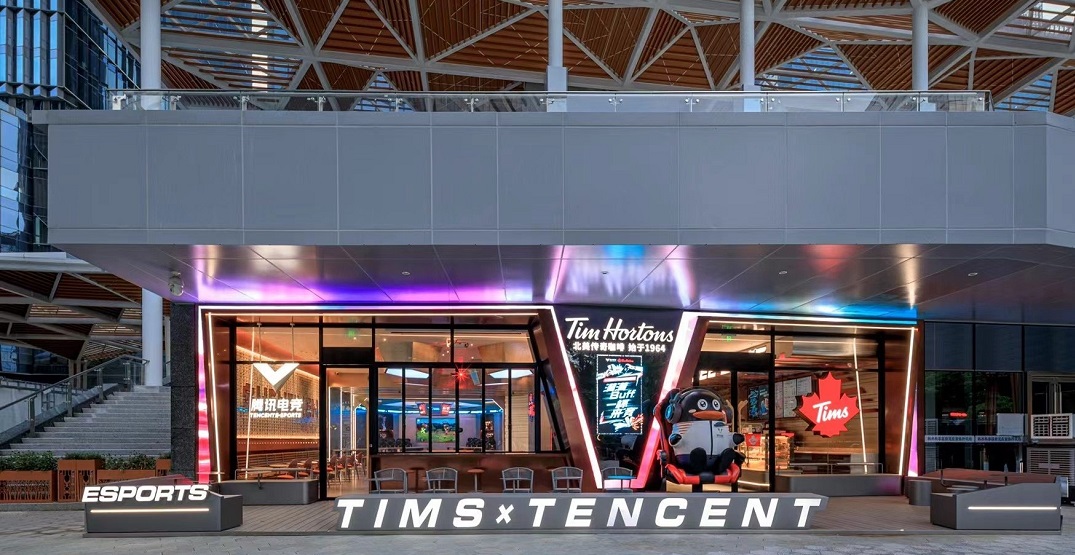 Tim Hortons recently unveiled a partnership with Tencent Holdings Ltd. As a result of this deal, the two organizations have collaborated to open an esports coffee shop in Shenzhen, China.

The facility has been described as “an internet cafe, but with more modern technology that’ll better suit mobile and offline gaming needs.” This is one of two Tim Hortons locations that were recently opened in China.

Tim Hortons is a Canadian fast-food company that was founded in 1964. As of 2018, the organization has over 4,800 stores worldwide.

Maybe not the best timing considering the new regulations that just cracked down on minors gaming in China. However, the restaurant does look really cool. Tim Hortons is quintessentially Canadian. Maybe these Tim Hortons LAN centers will become China’s version of prohibition-era speakeasys. Given the large Chinese population in Canada, this partnership makes sense. Tim Hortons also has good foot traffic and I think people will spend more time at the restaurant and spend more money because of their prolonged stay.

(All information was provided by Google, That’s Mags, and USA Today)