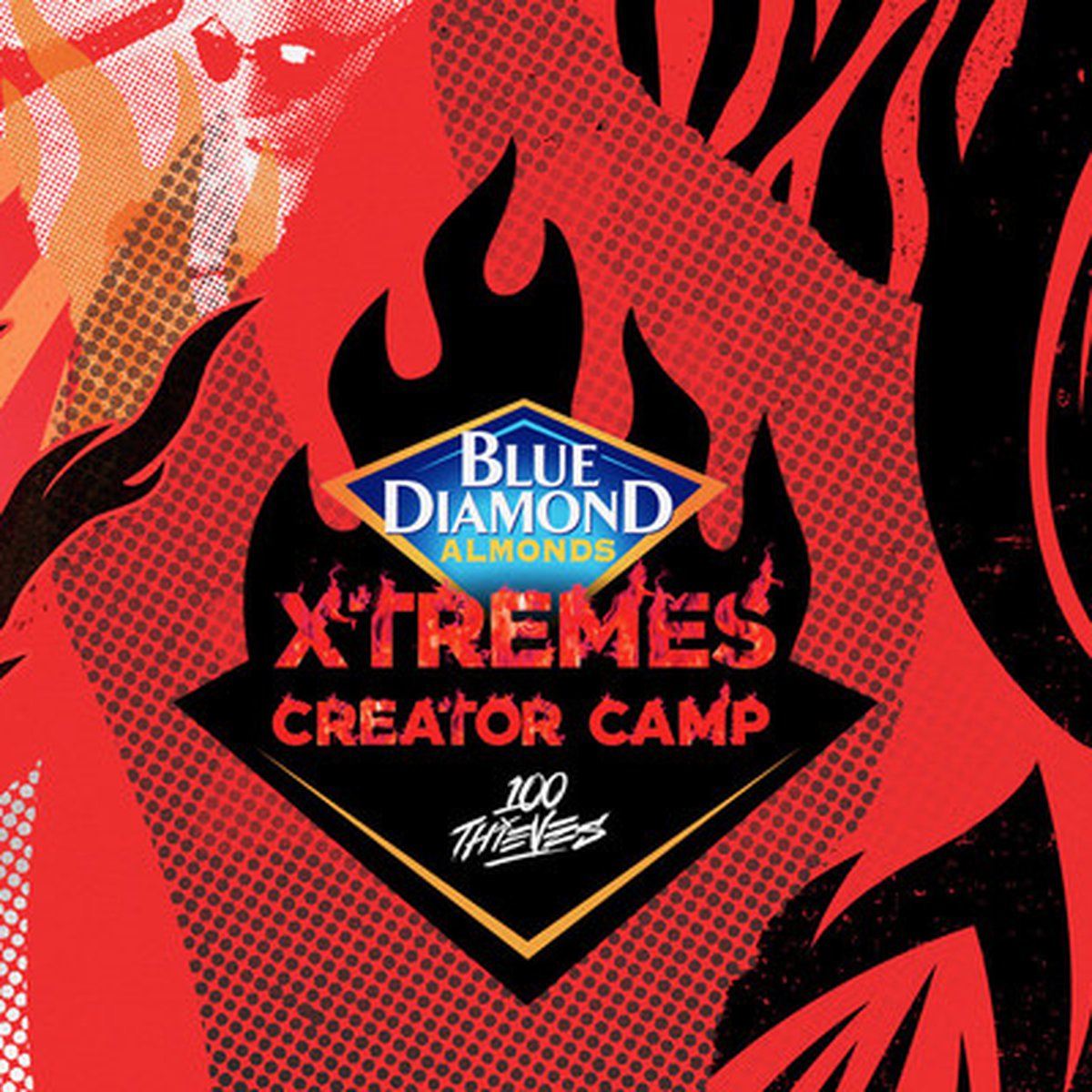 On October 5th, 100 Thieves announced it had agreed to a partnership with the snack company Blue Diamond Almonds. As a result of this deal, the two parties will collaborate on an online video series that documents the XTREMES Creator Camp experience being hosted by both businesses.

100 Thieves and Blue Diamond brought together 16 major influencers/content creators for the XTREMES Creator Camp. These individuals will team up and compete against one another in a series of physical challenges. These events were recorded and broadcast on YouTube as part of the aforementioned seven-episode series.

“With the high level of engagement the #28XTREMESchallenge received when we launched the new product, we knew we had an opportunity to take it to the next level,” said Suzanne Hagener, Vice President Brand Marketing at Blue Diamond. “What better way to bring it to life than with the world’s most influential gamers. These content creators are known to engage with their audiences in the most authentic way so it made sense to partner with 100 Thieves.”

100 Thieves content creators also took part in the #28XTREMESChallenge which featured the launch of Blue Diamond’s new XTREMES almonds. This video series can be viewed on the 100 Thieves YouTube page.

This is kind of a fun concept, but in the context of the recent Twitch hack and the numbers we just saw, I’m not so sure these activations make a ton of sense anymore. You’re not going to compete in some kind of silly game like a relay race unless there was a serious payday involved with it. A content creator is more likely to do something like this if they are making $1 million a year instead of $10 million. This reminded me of ShitCamp, this camp-like experience that featured ten of the biggest streamers out there sharing a house somewhere in LA for a long weekend. They basically did all these different physical activities that ended up being a summer camp for degenerate gamers. It was reality tv but live-streamed.

(All information was provided by WOWT-TV)

0 comments on “Partnership Unveiled Between Blue Diamond And 100 Thieves”