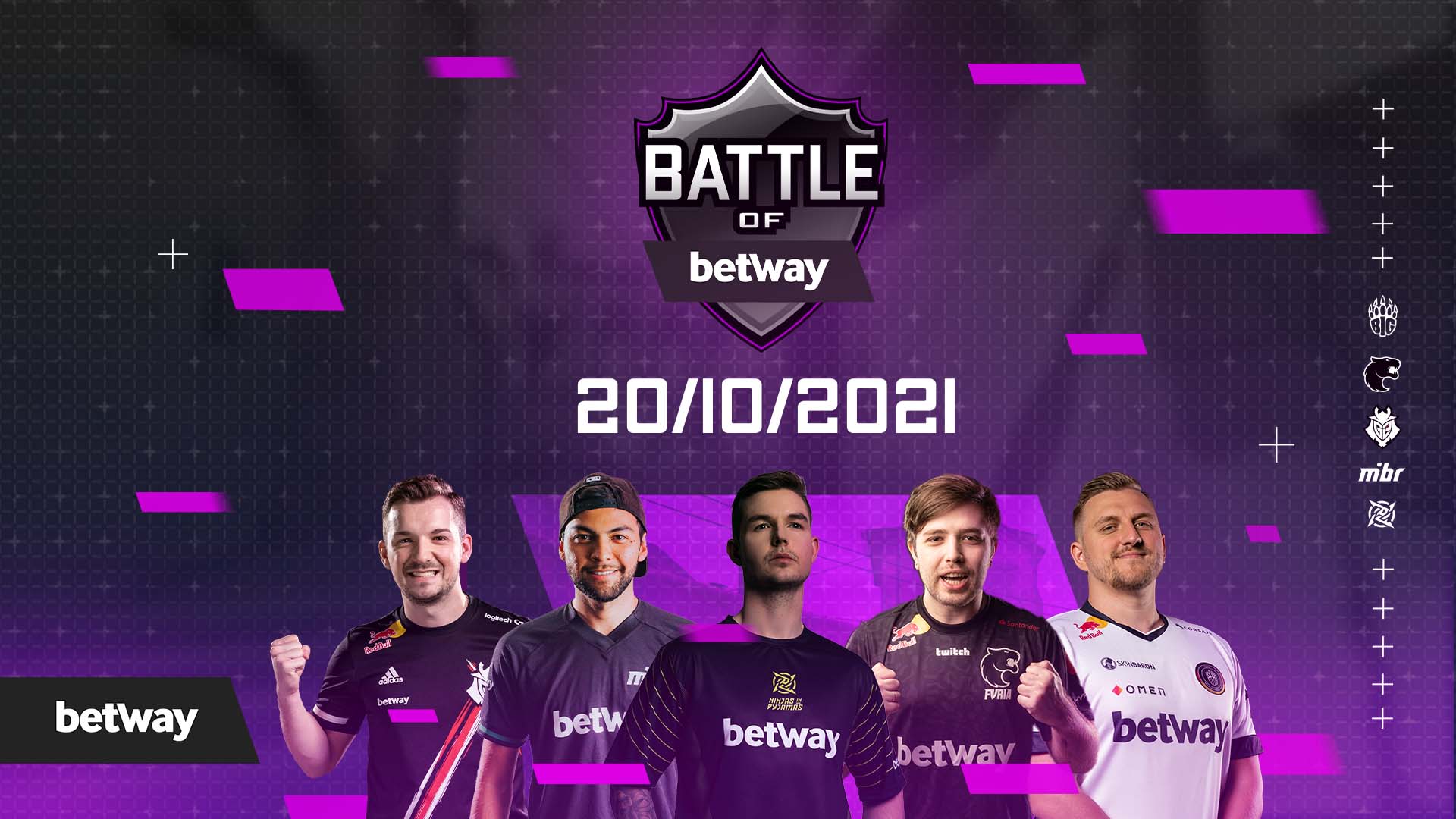 The online gambling platform Betway recently launched a CS:GO tournament called Battle of Betway. This event, which will take place on October 20th, will be held just days before the CS:GO Stockholm Major, which is scheduled for October 26th.

All teams participating in the tournament have been sponsored by Betway. This includes Ninjas in Pyjamas, BIG, G2 Esports, FURIA, and MiBR.

“Battle of Betway is our most ambitious CS:GO sponsorship activation to date; bringing together our teams from around the world to compete against each other in an epic Betway tournament,” said Adam Savinson on behalf of Betway. “Occurring just before the long-awaited Stockholm Major, this is the last opportunity for every CS:GO fan to see their favorite teams face off before battling for the top prize of the year.”

The tournament will begin with group play, where the top three squads will advance to the playoffs. After that, the top-seeded team will face the winner of the semifinal matchup in the event’s grand finals.