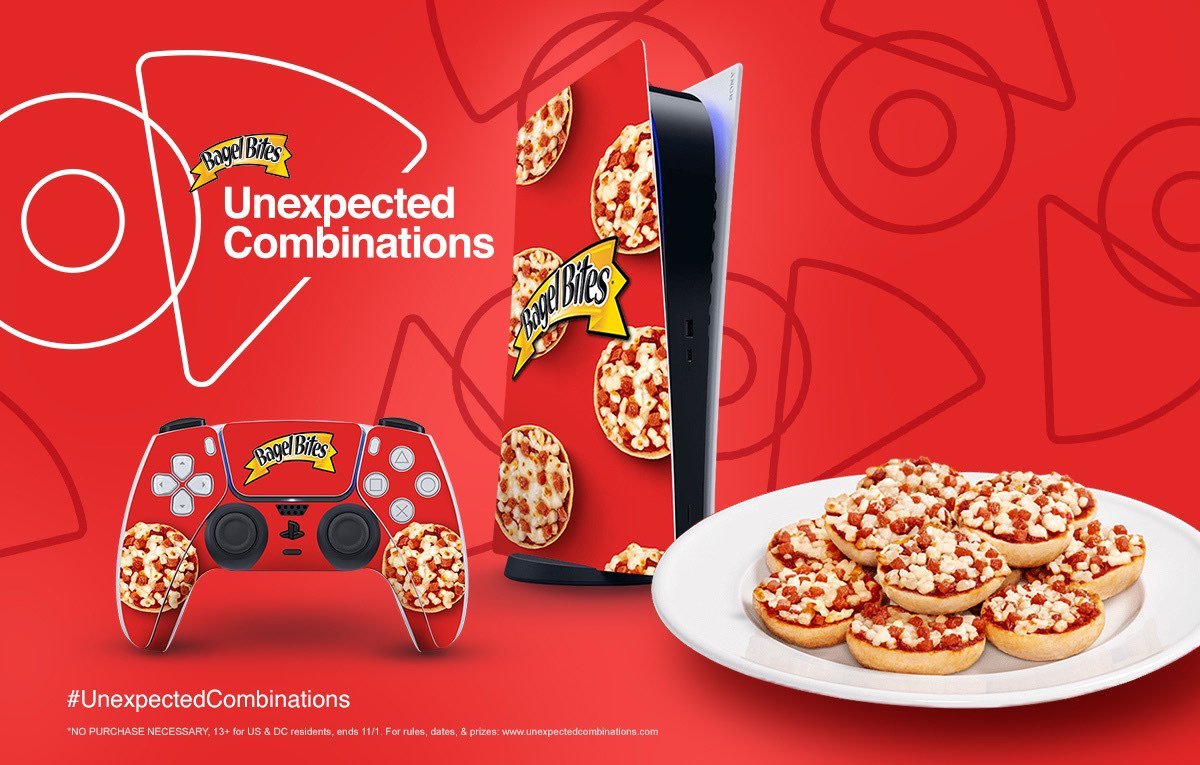 On October 21st, Bagel Bites announced it had joined forces with the Gaming Community Network, a company owned by GameSquare Esports Inc. As a result of this deal, the two entities have launched the Unexpected Combinations project.

Between October and November, Bagel Bites and GCN will host a month-long gaming/esports relay race competition between select social media influencers from platforms like Instagram, Twitter, and TikTok. Launched on October 20th, the Unexpected Combinations relay race leads up to a multi-day showdown between Team Pizza and Team Bagel. These events will be live-streamed on YouTube on November 8th, 10th, and 12th.

“Bagel Bites is doing something special in gaming and esports by bringing together healthy competition that authentically fits with their outstanding brand image,” said Justin Kenna, CEO of GamesSquare Esports. “Players will compete in great titles and have the chance to take home fantastic prizes. Gaming and esports is a new form of entertainment and forward-thinking brands like Bagel Bites are investing in the opportunity to connect with a deeply loyal audience that expects authenticity from their favorite products. This is a meaningful opportunity for GCN and we are proud to work with Bagel Bites.”

The two teams will face off in six games including Among Us, Fortnite, NBA 2K22, Rocket League, Overcooked, and Minecraft. The winning team will be gifted Bagel Bites branded PS5s, gaming chairs, and gaming headsets. Additionally, live stream viewers will also be given a chance to win various Bagel Bites products.

0 comments on “Bagel Bites Enters The World Of Esports”