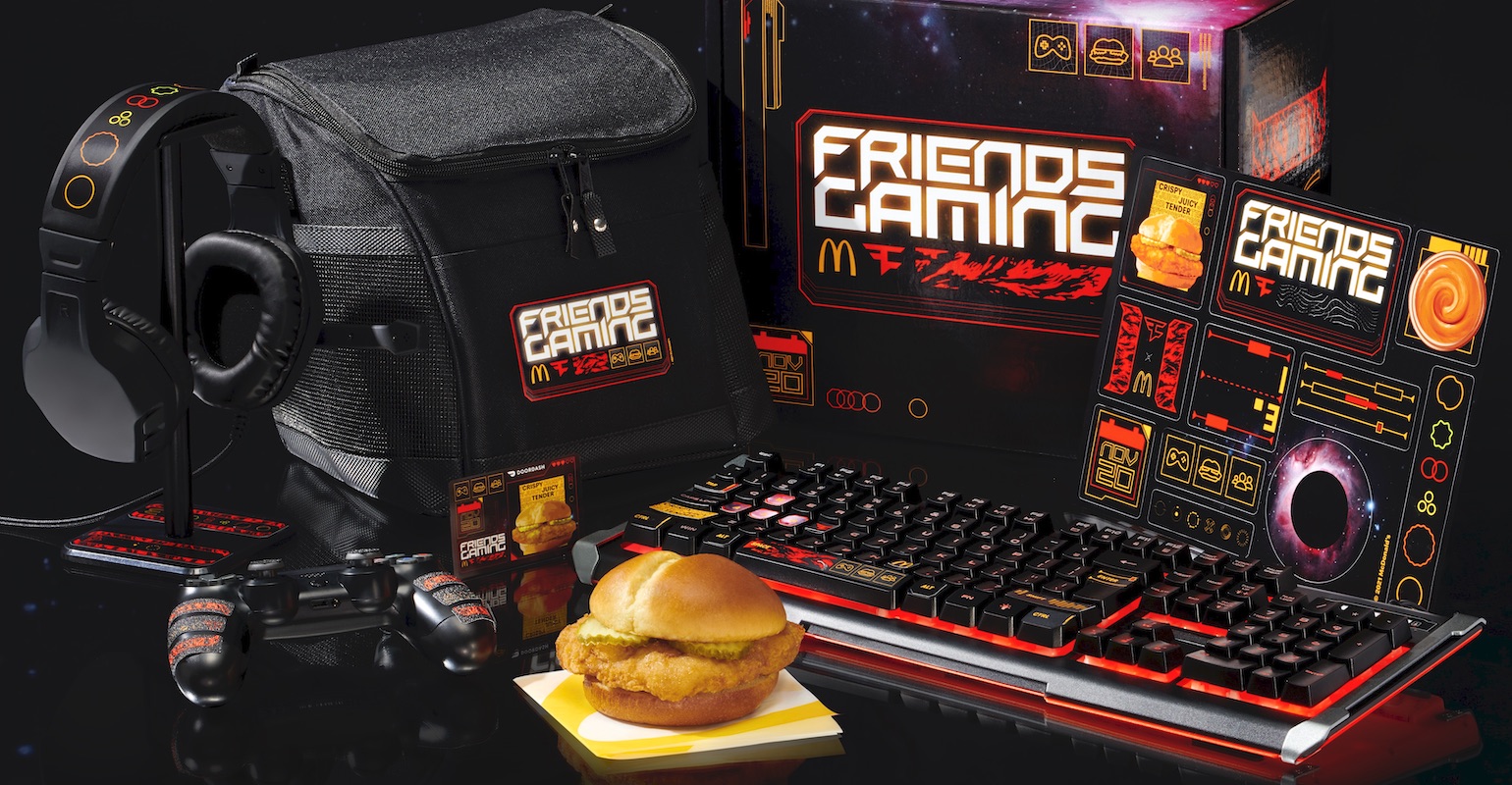 McDonald’s and FaZe Clan are putting a new spin on Friendsgiving, with their “Friendsgaming” concept. The “Friendsgaming” live streaming event is meant to unite video game enthusiasts around the country, is part of a new partnership with gaming and media company FaZe Clan, and promotes the chain’s line of crispy chicken sandwiches.

“We probably have not, in my view … done enough to lean into the stature of our brand and culture and how we can connect to that,” said Kevin Ozan, CEO of Mcdonald’s. “I think finding properties, finding a message that resonates with youth, but also resonates more broadly in culture for us is a big upside opportunity.”

With a spotlight on McDonald’s chicken sandwich offerings, the Friendsgaming promotion is the first major piece of a tie-up with FaZe Clan struck in August. The two companies said they would produce dynamic content delving into issues like diversity and inclusion in gaming, which will include individual FaZe Clan member profiles. The gaming-focused collective recently revealed plans to go public in 2022 through a SPAC deal that values the business at $1 billion.

The two companies are aiming to make Friendsgaming into a new tradition. Friendsgaming is also centered around bringing consumers together virtually, a tactic that has grown popular as brands and platforms invest in the idea of a metaverse that blurs physical and digital boundaries. To herald the return of the McRib this month, McDonald’s turned the irregularly released product into a collection of nonfungible tokens that are being given away through a Twitter sweepstake. NFTs are generally considered part of the metaverse, representing digital goods that people can own and trade.

(All information was provided by Marketing Dive)