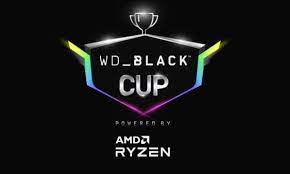 Following the success of the first edition of the WD_BLACK Cup in India, Western Digital, in association with AMD Ryzen, hosted the second edition of the 19-day tournament. Team XO took home $3,305 from a prize pool of $6,609. The teams were competing in VALORANT, League of Legends, and Battlegrounds Mobile India.

“Esports continues to be a driving force in the growth of the gaming industry globally and in India,” said Mukesh Bajpai, Marketing Head at AMD. “Gaming has long been a target market for AMD, and we have always aimed to understand and deliver to the changing needs of gamers. AMD continues to deliver innovative processors for gaming desktops and notebooks and of course, the major gaming consoles. We are excited to partner with Western Digital in bringing the WD_BLACK Cup esports tournament to the community in India, further empowering gamers to push their boundaries and experience competitive and immersive gaming.”

The tournament was held across several regions in South Asia including India, Bangladesh, Sri Lanka, Nepal, and the Maldives. It began on November 20th with the first track, the WD_BLACK Cup S2 Valorant Qualifiers, which was open to 200 teams. This track was spread across nine days with single elimination open qualifiers filtered down to the top eight teams.

The second track, the WD_BLACK Cup S2 League of Legends open, commenced on December 6th with qualifiers and featured play-offs until December 10th. The final was on December 15th.

The third and last, Battlegrounds Mobile India Invitational track, was a four-day long marathon that ran in parallel with the League of Legends track from the 6th to the 9th of December, hosting 18 teams and featuring a few top influencers from India including Soul Esports and Godlike.

(All information was provided by Pinkvilla and Liquipedia)