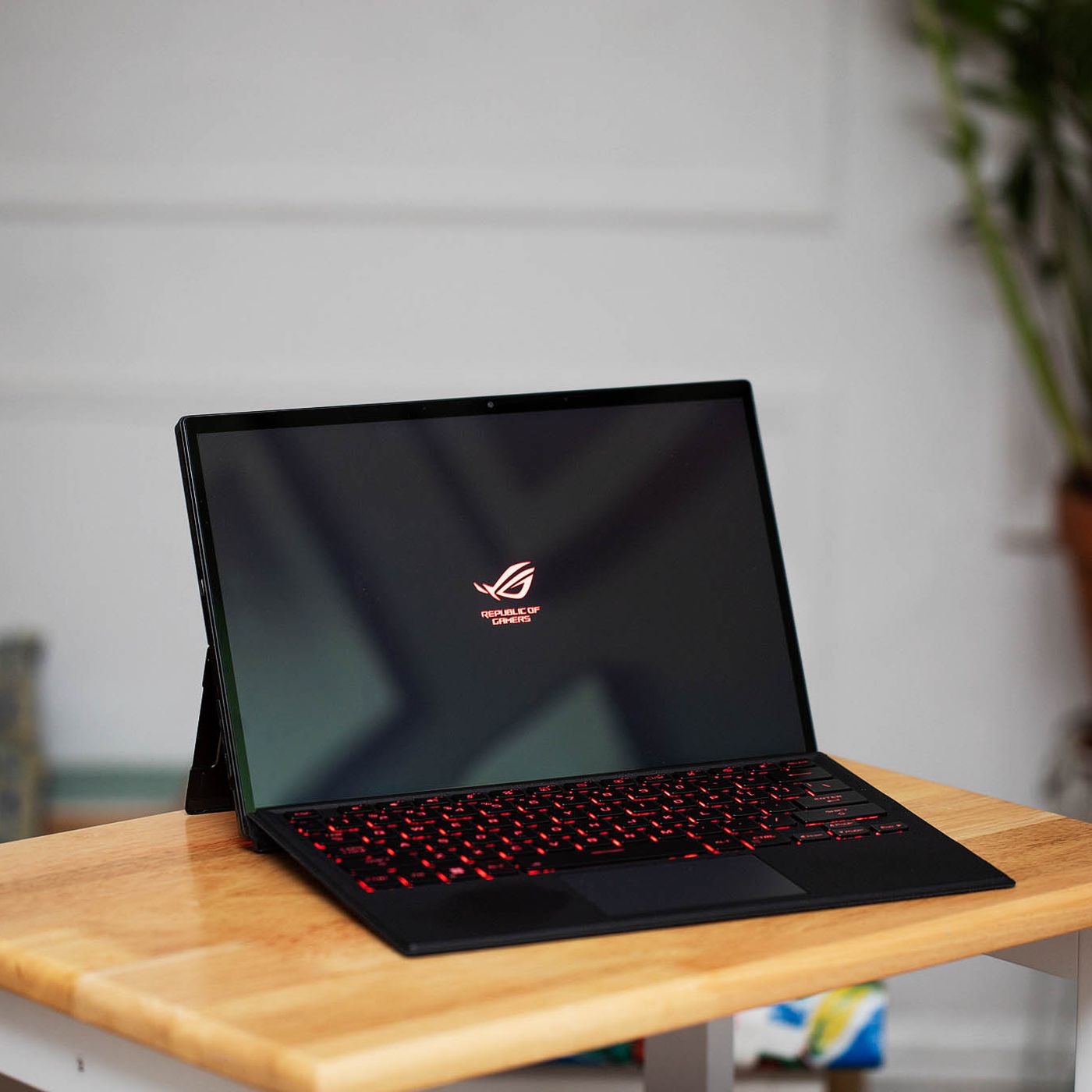 Asus debuted the ROG Flow Z13 to the world at CES 2022, which is taking place as we speak. The ROG Flow Z13 features Intel’s latest Alder Lake mobile processor, with up to and including NVIDIA’s latest GeForce RTX 3050 Ti mobile graphics, as well as up to 32 GB of DDR5-5200 memory. It’s also compatible with the ASUS ROG XG Mobile external graphics dock with high-level mobile graphics performance.

The company is touting it as “the world’s most powerful gaming tablet,” and the specs, at first glance seem to back this up.  It is essentially a powerful 13.4-inch gaming tablet with plenty of functionality and power underneath its hood. The 13.4-inch screen is available either with 1920 x 1080 (FHD) at 120 Hz or 3840 x 2160 (UHD) at 60 Hz with an aspect ratio of 16:10 across both. Some of the Asus ROG Flow Z13’s key specifications include support for up to an Intel Core i9-12900H processor, with a choice of either an NVIDIA GeForce RTX 3050 or RTX 3050 Ti mobile graphics card.

Other specifications of the Asus ROG Flow Z13 include support for up to 32 GB of LPDDR5-5200 memory, although these are soldered in and cannot be upgraded. Storage options consist of a single PCIe 4.0 M.2 SSD, with up to 1 TB of capacities supported. The ROG Flow Z13 has a 56 Wh battery installed with Type-C sharing, a bigger battery than Microsoft’s Surface Pro X offers. It also weighs in at just 1.1 KG and is 12 mm thick, and features a complete CNC aluminum chassis.

Acting as both a tablet and a laptop, the Asus ROG Flow Z13 comes with an inclusive kickstand and comes with a detachable keyboard for users looking to use it as a regular laptop. It includes plenty of connectivity, including a Wi-Fi 6E CNVI for wireless and BT 5.2 support, as well as a Thunderbolt 4 Type-C port, a USB 2.0 port, one HDMI 2.1 video output, a single 3.5 mm headphone jack, and a microSD card reader.

There is no word as of yet as to when the ROG Flow Z13 will officially hit the markets, but we’re expecting it to be soon.

(All information was provided by Notebook Check and AndanTech)