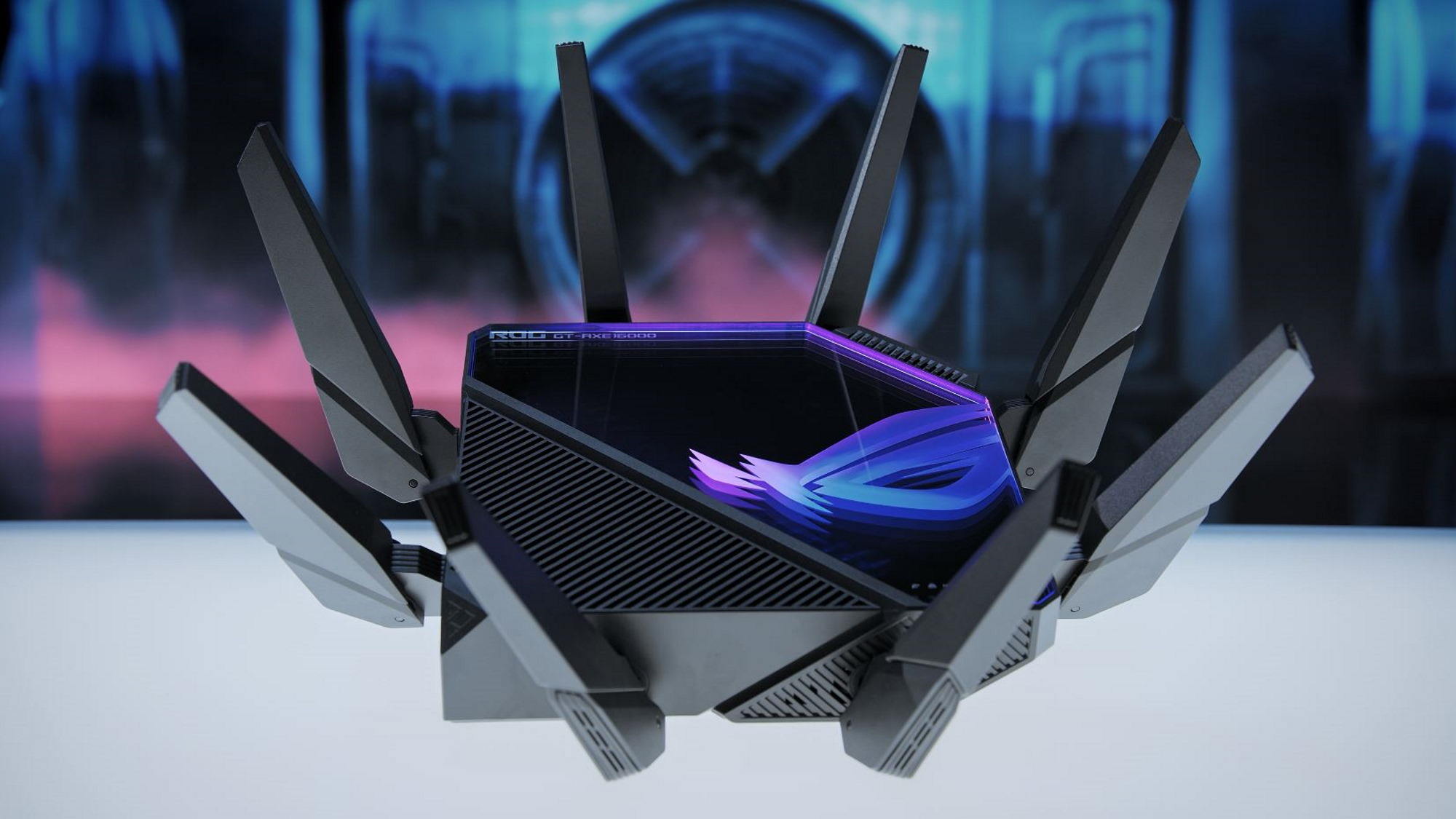 Quad-band routers, as the name suggests, broadcast a total of four wireless bands for connectivity. Asus’ latest router has a 2.4GHz band, two 5GHz bands, and a fancy new 6GHz band. The three highest frequency bands each offer a theoretical maximum speed of 4,804Mbps, which drops to 1,148Mbps for the 2.4GHz band for up to 16Gbps of aggregate throughput (though, as always, real-world speeds will be significantly slower). You have the choice of either using the legacy 5GHz or new 6GHz bands as a backhaul if you want to set up a whole-home mesh network with another compatible Asus AiMesh router.

Of course, you also have the option of going wired, and if you do so you have the choice of two speedy 10Gbps LAN ports or four 1Gbps LAN ports. Its WAN port is rated at 2.5Gbps, and there are also a couple of USB ports for good measure.

Given how rare quad-band 6E routers still are, the Asus ROG Rapture GT-AXE16000 is perhaps unsurprisingly on the expensive side and is set to cost $649 when it goes on sale later this quarter.