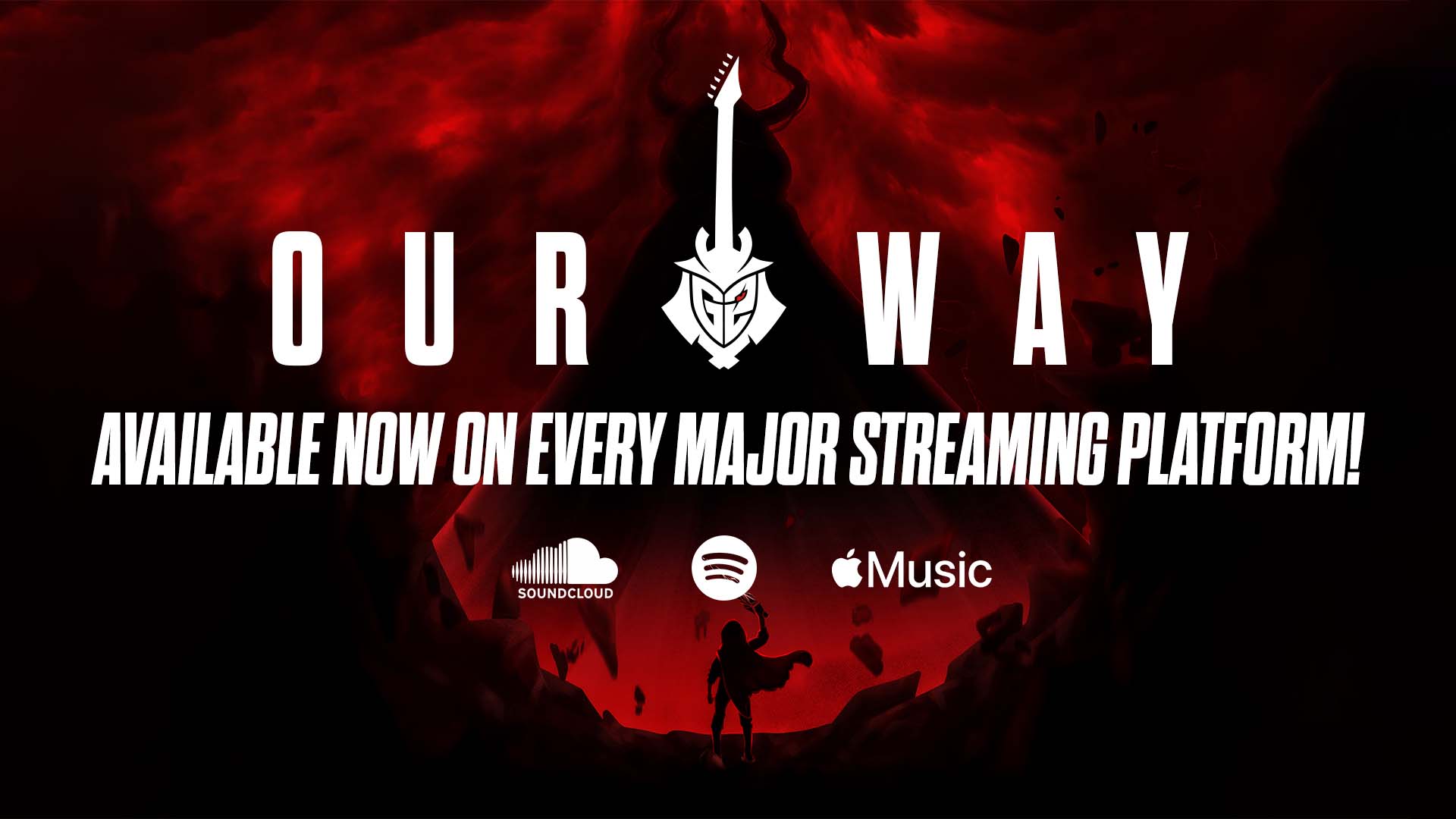 On January 7th, G2 Esports released its debut single, Our Way, as the company aims to expand into the music industry. The power metal song was released through G2’s new record label and even features the organization’s founder Carlos “Ocelote” Rodriguez.

“Epic Power Metal is my favorite genre. I don’t care about its marketability. It’s coming from the heart like everything else we do. 20G2 is our year,” Rodriguez said. “We are the number one esports organization in the world. We are setting the stage to entertain everybody beyond just competitive video games. This is the beginning of an insane, fun ride.”

Three other musicians are featured on the track alongside Ocelote. They are guitarist Jason Richardson, drummer Luke Holland, and singer Noora Louhimo.

G2 Esports is a world-renowned gaming organization that was founded in 2015. G2 is the first gaming company on the planet to launch its own record label.

This feels like an esports team that has no idea what its identity is and is grasping at straws. I don’t think they have thought this through all that extensively. This scares the businessman in me. I appreciate that they are trying something innovative, but it sounds like they have done no research. They need YouGov data on this! As an investor, I backed this CEO to build an esports organization, not a music label. I would lose sleep over this. I have an idea. Why doesn’t G2 just open a bunch of Chick-Fil-As? If Ocelote’s heart was set on chicken sandwiches, would you be okay (as an investor) with him buying Chick-Fil-A franchises? Of course not. I appreciate that he believes in this project, but you brought in outside money. You take a big risk when you go this off-script.

(All information was provided by Esports Insider, G2 Esports, and YouTube)