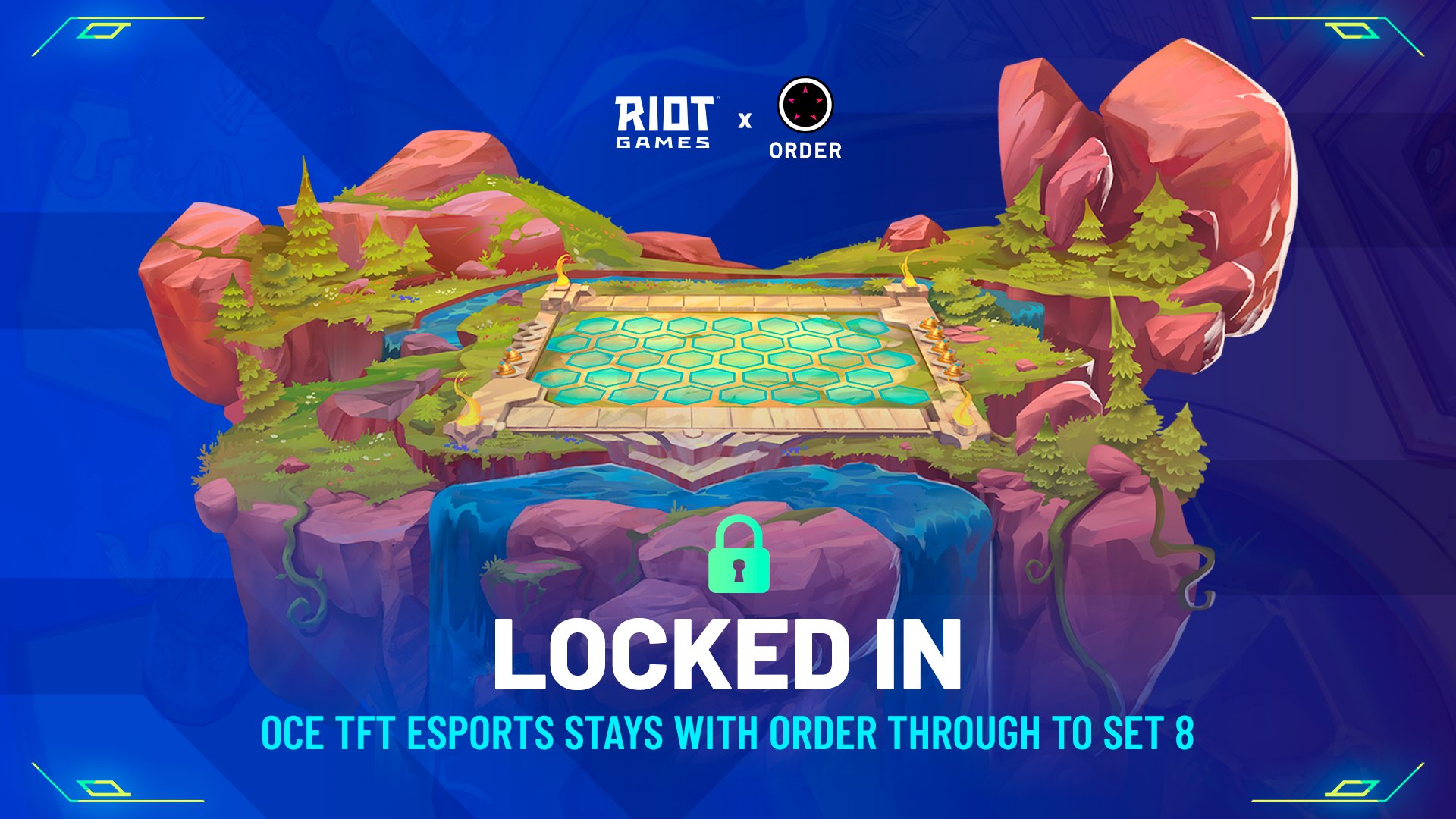 The Australian organization ORDER recently announced it had renewed and expanded its partnership with Riot Games. As a result of this deal, ORDER will continue hosting official Oceanic Teamfight Tactics esports events through the middle of 2023.

The partnership will allow ORDER to deliver high-quality broadcasts to all of Oceania that “better highlight the region’s top players.” Moreover, administrative staff members will work to provide better experiences for both competitors and event viewers.

“We’re thrilled to expand the highly successful partnership between ORDER and Riot Games which began with the very first Ignition Series in the Oceanic VALORANT Open, signing on to run TFT esports in Oceania through until the end of Set 8 in 2023,” said Josh Swift, the Head of Events at ORDER. “After the Galaxies Championship, ORDER worked hard to improve the competitive scene in Oceania and across Fates and Reckoning we continued to work hard to bring the best possible experience to competitors.”

ORDER is an Australia-based esports organization. The company currently has teams competing in a variety of games including CS:GO, VALORANT, and League of Legends, which are considered to be three of the most popular esports in Oceania.

(All information was provided by Esports Insider and ORDER)