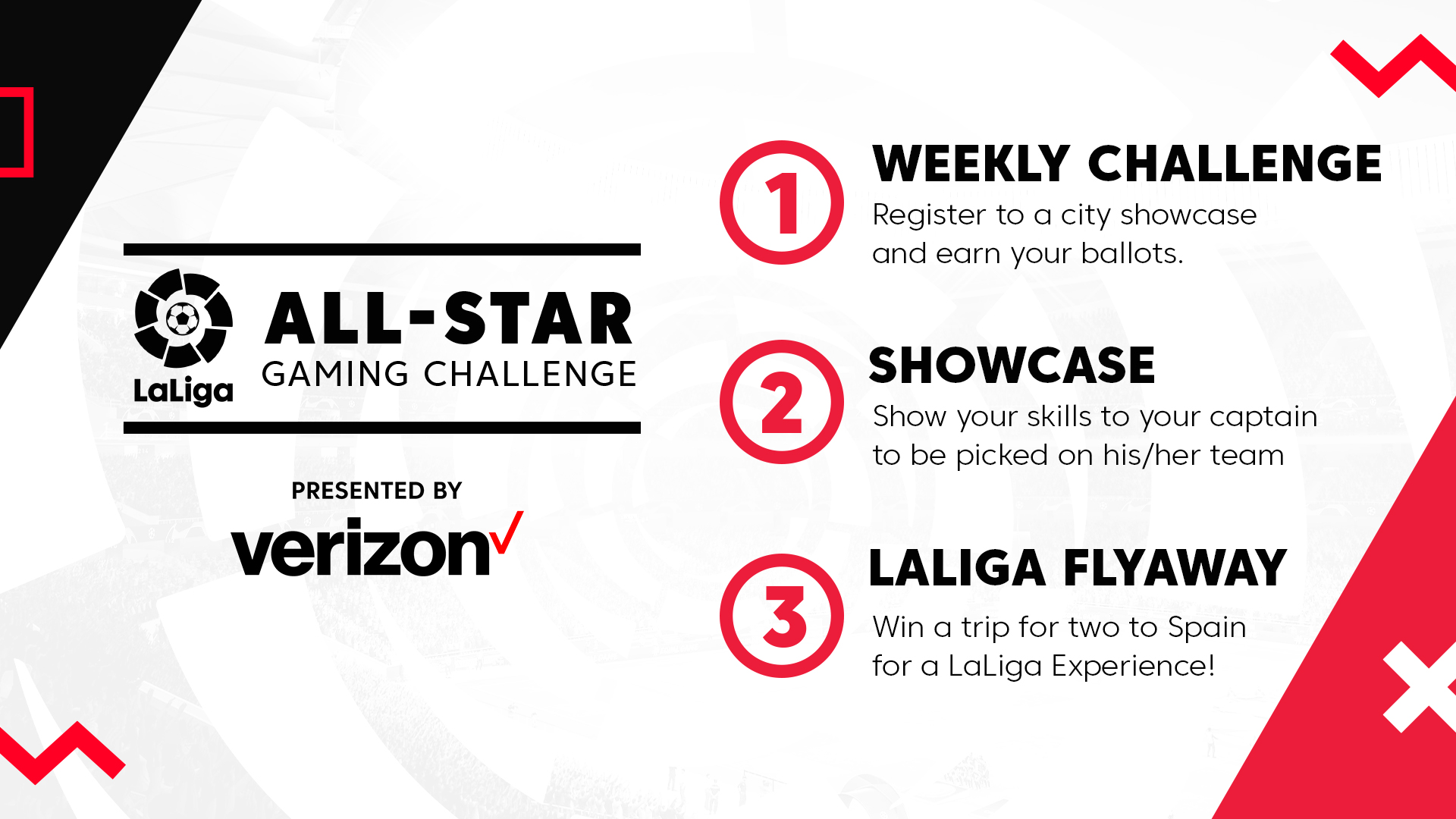 La Liga and Verizon partnered to organize last year’s La Liga All-Star Gaming Challenge, a FIFA esports tournament that saw over 6,300 competitors. The goal of the tournament was to engage the Hispanic American gaming community, and the numbers seem to indicate that it was successful.

Over 4.6 million gamers tuned into the tournament, which netted 190 million impressions across 6.4 million minutes of streamed content. Gamers were able to stream and play FIFA, via tournament platform Boom.TV, against some of the best La Liga players in the world.

“Verizon, in partnership with La Liga, harnessed the power of gaming within the Hispanic community and brought together fans who share a love for the FIFA video game,” said Mark Chang, Director of Sponsorship and Partners at Verizon.

The event began in May with online showcases held for fans based in San Diego, Houston, San Antonio, Dallas, Chicago, Miami, New York, and Los Angeles. It concluded in October with eight gamers invited to a finals event at La Liga’s headquarters in Madrid. The fans also received VIP tickets to an Atlético de Madrid vs Real Betis match, a tour of Real Madrid’s Santiago Bernabéu Stadium and the opportunity to meet former La Liga players.

(All information was provided by SportTechie)