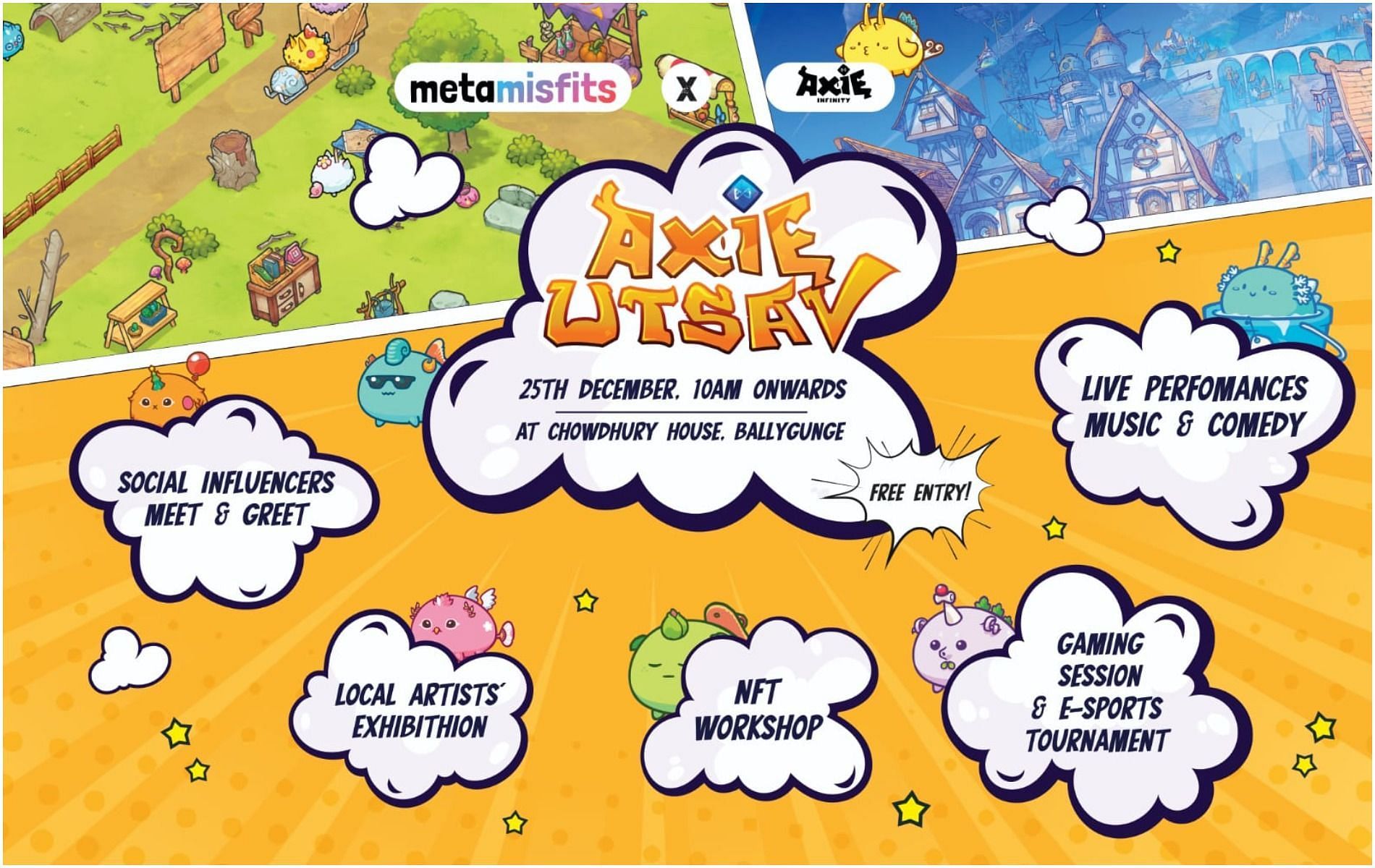 MetaMisfits, one of the First Indian play-to-earn guilds that deals with renting and lending of virtual assets to masses for yield farming in the metaverse, successfully organized AxieUtsav, the first Indian official blockchain-based play-to-earn esports tournament in Kolkata on December 25th. The event was sponsored by Polygon Studios and co-sponsored by FanClash – one of Asia’s largest esports fantasy apps. The tournament was partnered by Community Gaming and the prize pool partner was Axie Infinity. The event hosted a footfall of 1600 people, considered a big number for a crypto event.

“I am extremely happy that the event was a success. It witnessed the presence of many prominent personalities, and we are filled with joy at achieving this milestone of organizing the first-ever blockchain-based esports tournament,” said Ajoy Das, CEO and Founder of MetaMisfits. “This was an attempt to spread awareness about the budding concepts like blockchain, NFTs, Web3, etc amongst the masses. We hope to organize many more events like this in the times ahead and take the industry as well as our company forward with new and exciting ventures. The vision of MetaMisfits is to empower through blockchain-based play-to-earn games by lending and renting virtual assets that can be used for yield farming in the metaverse while also creating value for them in real life. We also provide virtual asset management services to investors who want to invest but don’t have enough information about the topic or time, acting as a bridge for them.”

The event comprised of the Axie Infinity esports tournament, live performances, and an art exhibition. The prize pool for the tournament ($21,393) was won by ST Robin 1st prize. Swagatam bagged the 2nd prize, while Bodhisatta and Avirup received the 3rd prize. The event also featured a workshop on Web3, a comedy session featuring the famous comedian Harsh Gujral, and a magical performance by music maestros DJ Punit and Progressive Brothers. A Meet and Greet was also organized with almost every renowned social influencer of West Bengal.

(All information was provided by PCR Online)