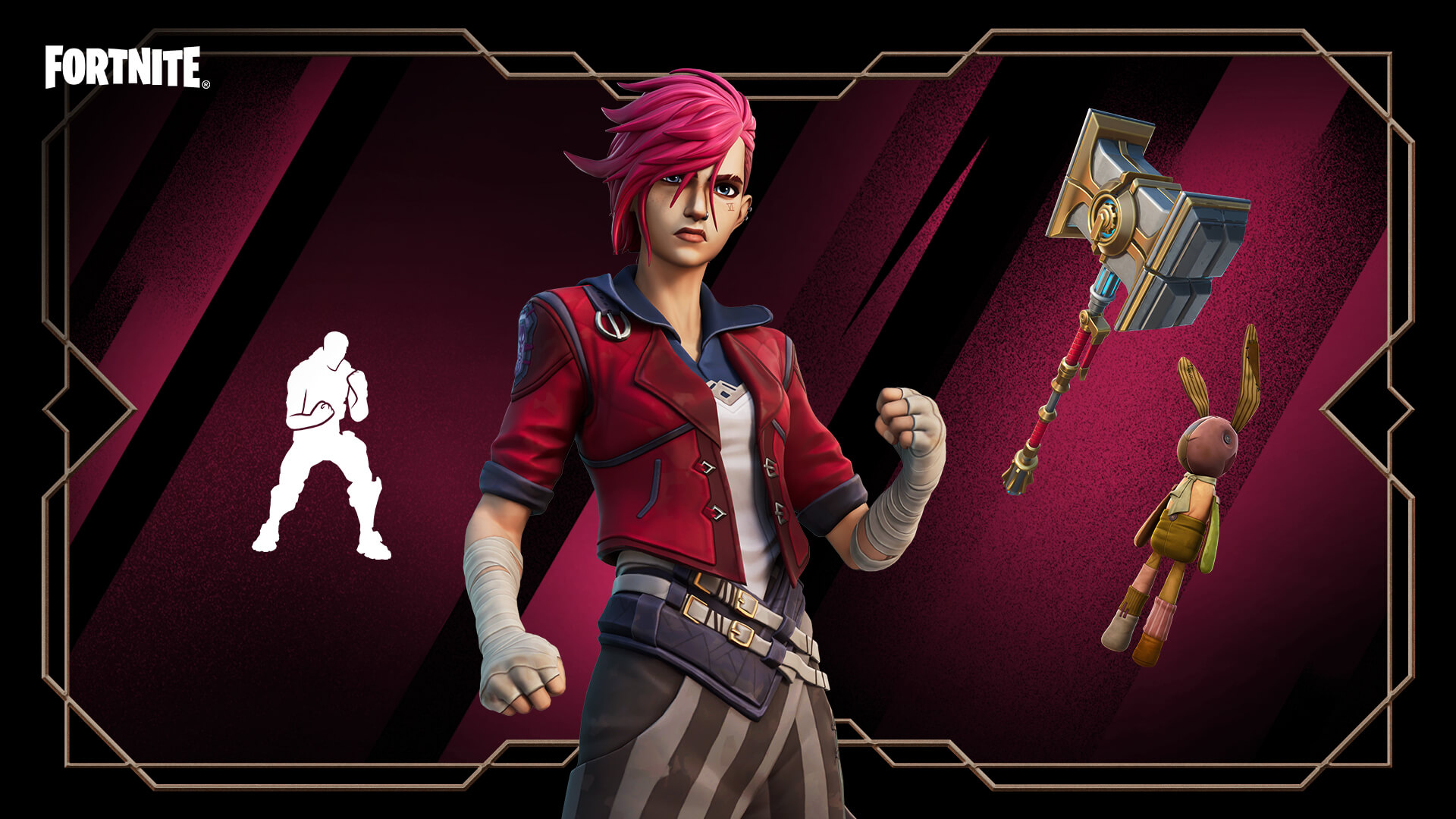 Arcane: A League of Legends Story is once again partnering with Epic Games, this time dropping the Fortnite Arcane Vi skin into the Item Shop on January 22nd. Vi is the elder sister of Jinx, who was previously featured in Fortnite, and fights crime as an enforcer for the city of Piltover. The two’s tenuous relationship now carries over to the Fortnite island.

The Arcane Vi skin comes bundled with the Memories of Zaun back bling, while her massive Piltover Warhammer pickaxe and unique Punching Practice emote. All of these items will be available in an Arcane Vi bundle as well.

Arcane Vi will not enter the Item Shop alone, as Arcane Jinx makes her triumphant return to the shop. All of the items Jinx debuted with will be available again, including Jinx’s Dream Monkey back bling, Pow Pow Crusher pickaxe, and the Playground (Instrumental) lobby track. The Arcane Jinx bundle–which additionally included the Jinxed spray and two loading screens, Wreaking Havoc and Katchoo!, has also returned.

The two League of Legends-themed skins are part of a major partnership announced between Epic Games and Riot Games when the Jinx skin first debuted in November. Part of that agreement included League of Legends‘ debut on the Epic Games Store, the first time the game could be downloaded outside of the game’s official website.