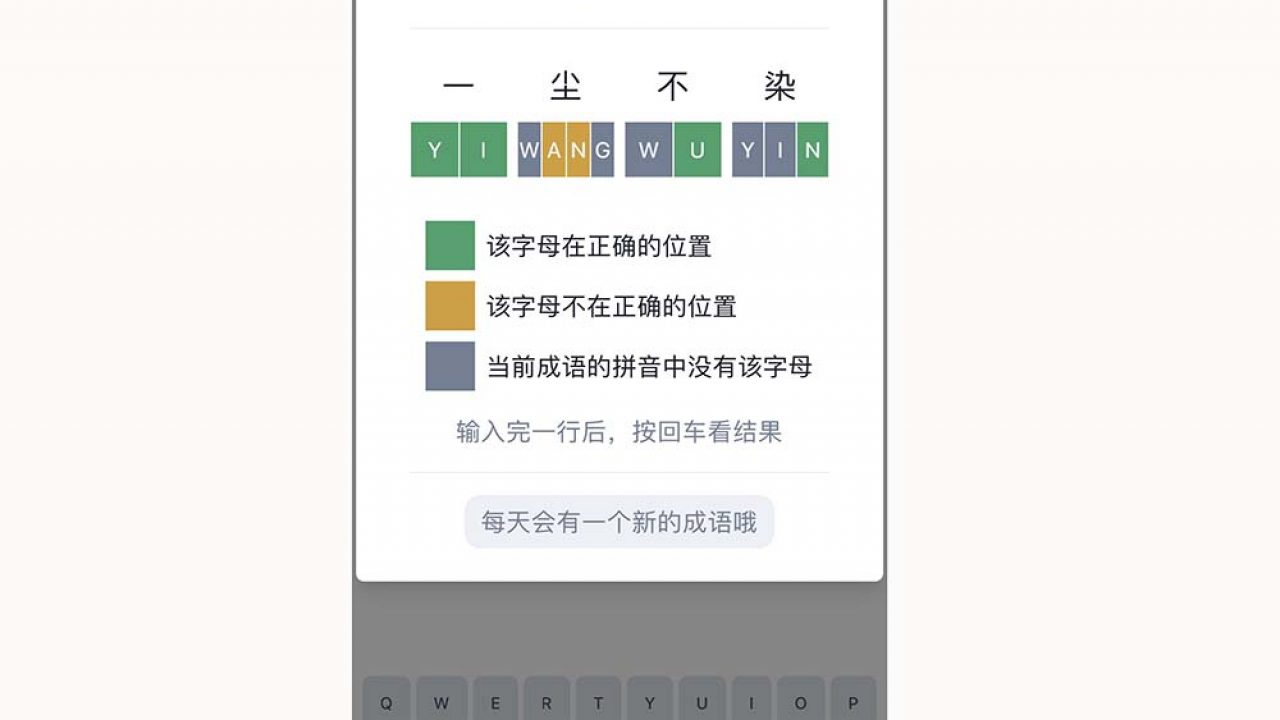 The New York Times’ purchase of Wordle was proof that crossword-style games had gained some serious traction. Chinese online users are catching up to the trend with several localized versions of the game popping up all over Chinese social media. At least five varieties of Wordle-like games have hit Chinese social media platforms in recent weeks that involve users guessing a traditional four-character Chinese idiom, or chengyu. Depending on the game, players can either fill in blanks using available characters or select a more challenging path using pinyin and pronunciation tones as hints.

One of the most popular spin-offs, called Pinyin Cai Chengyu — translated as “using pinyin to guess the idiom” — relies on Wordle-like colored tiles to indicate the accuracy of the answers. Since its release on January 19th, the website has amassed over 50,000 total page views as of February 1st, according to developer Li Zhong.

The English language game Wordle, where players guess a five-letter word in six attempts, has captivated millions of people worldwide since its October launch. The once-daily, spoiler-free puzzle game has since gone viral, with many sharing their results appearing in green, yellow, and black squares on social media sites.

However, most Chinese versions have received lukewarm receptions so far, with some players complaining it was more difficult to guess a Chinese idiom compared to English words. Meanwhile, others were more enthusiastic about the challenge, calling for developers to create an application or a mini-program on the Chinese social app WeChat.

(All information was provided by Sixth Tone)