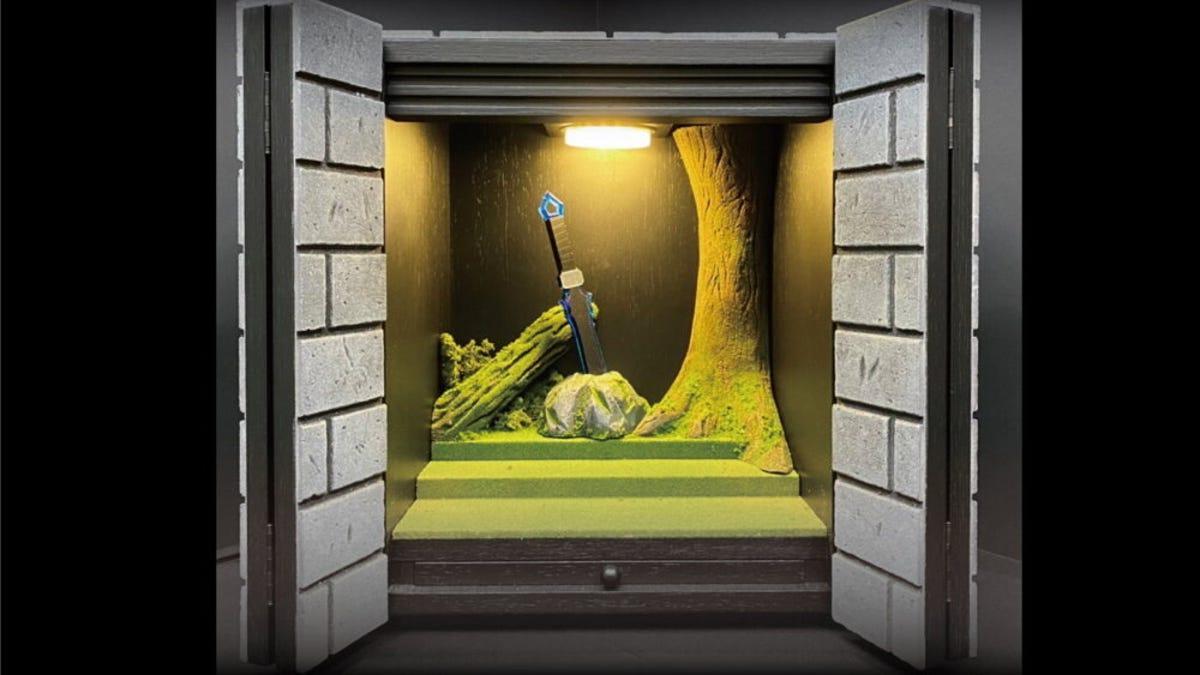 In Japan, butsudan (仏壇) are small shrines found in Buddhist temples and homes. Typical butsudan can be ornate with gold leaf or have a simple lacquer coating. People in Japan pray at the butsudan to pay respects to Buddha and departed family members. What’s placed inside the butsudan can vary between Buddhist sects. There might be images or statues of Buddha or a Buddhist deity or, as in the Jodo Shinshu sect, photos of the deceased. Incense is burned, and there’s a little bell called a “rin” that’s rung when saying prayers.

Butsudan manufacturer Takumi Kougei, which is based in the Hyogo Prefecture, teamed up with a cosplay prop and Lolita knife company for this “Fantasy Butsudan Prayer Spot.” The outside of the butsudan looks like a castle wall, while the inside is supposed to resemble a fantasy forest one might encounter in a JRPG, an anime, or a manga. So, if your family members like video games (or even anime and manga), this Fantasy Butsudan Prayer Spot might actually be a fitting shrine.

According to Takumi Kougei, the design is supposed to reflect the start of a “new adventure” in the world beyond—a desire that makes sense. Takumi Kougei points out that it’s possible to remove the sword and rearrange the inside of the butsudan.

A butsudan is not cheap. Priced at $7,700, the Fantasy Butsudan Prayer Spot is, in that regard, no exception.

0 comments on “Introducing A JRPG-Style Prayer Altar For Your Dead, Gaming-Loving Relatives”