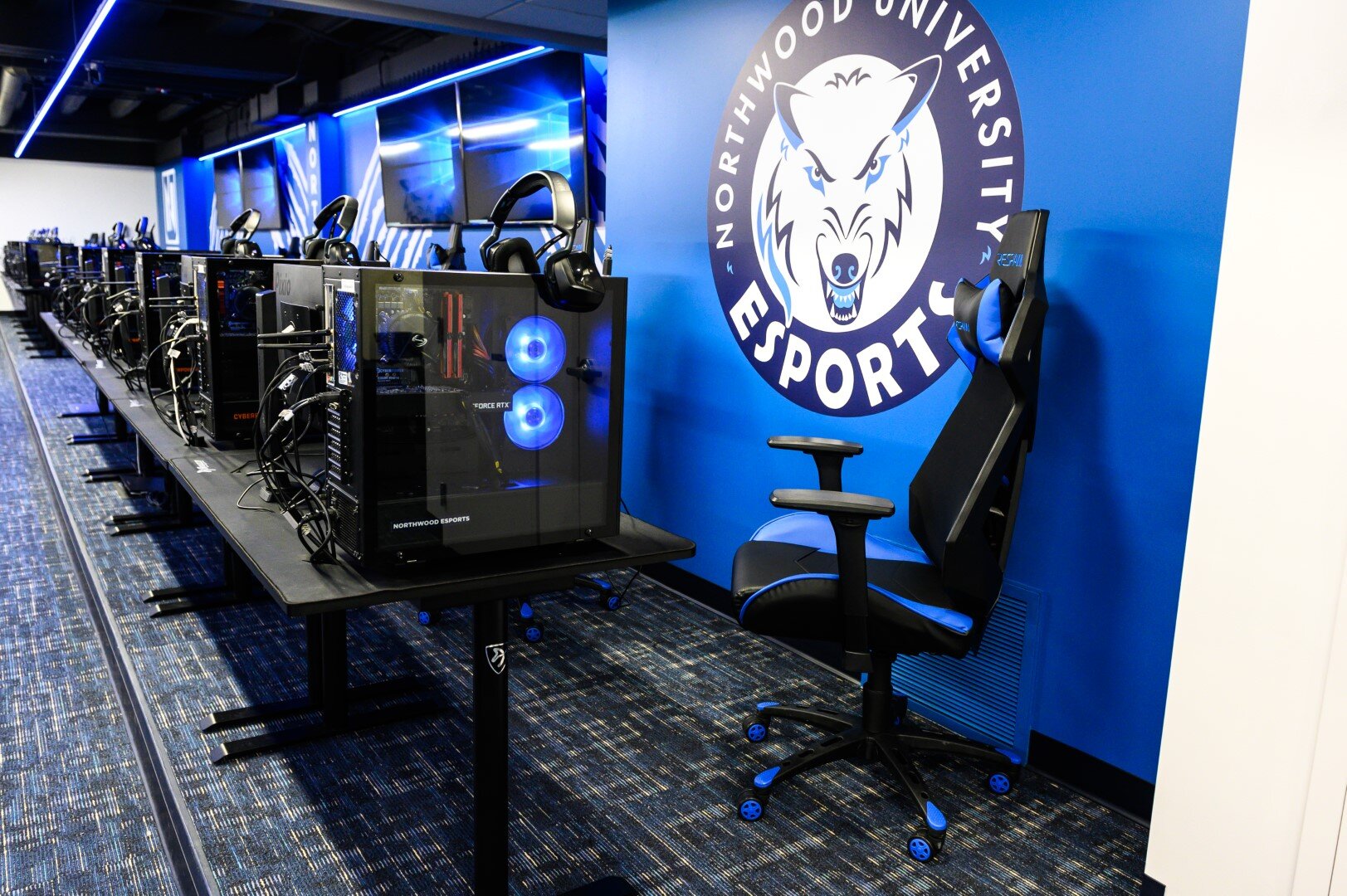 Northwood University is one of 30 colleges in Michigan competing at the varsity level with dedicated facilities, coaching, and scholarships for their esports program. The program, which began in December 2018, was created with the goal of allowing gamers an opportunity to play competitively while earning a degree from NU.

NU’s esports teams are competing with a high level of success. They won first place at the College Rocket League Championship in Fall 2020 and took home the NACE National Championships in both Overwatch and Clash Royale. They also placed first in the Overwatch 2021 Cheez-It Grooves Invitational and were runner-ups in the Spring 2021 Collegiate Overwatch competition.

“If you’re a big believer in sports and the benefits of athletics, then esports is no different,” said Cody Elsen, Esports Director and Head Coach at Northwood University. “It’s the same principles: a group of people coming together, working together, using teamwork and social skills, creating friendships and relationships. Quite honestly, it’s an opportunity to improve the mental health of a lot of young people that could be struggling with not feeling like they’ve ever been involved in anything.”

Esports are on the rise on high school campuses as well. Gaming was once considered taboo but is now mainstream, and Elsen urges support of esports at an early stage. Elsen also recognizes that it’s been a challenge to get support for esports. However, as the popularity of the program rises, the benefits become more apparent.

Northwood’s esports gaming lab took a hard hit with the flooding in the spring of 2020. The lab is located in the lower level of Jordan Hall and took on several feet of water. The technology and equipment involved in the gaming lab are highly valuable and stores priceless data for the program. The facility is in use but waiting for rebuilding efforts to be completed. Goals include expansion of the facility from the current 3,000-square-feet to 13,000-square-feet.

(All information was provided by Catalyst)