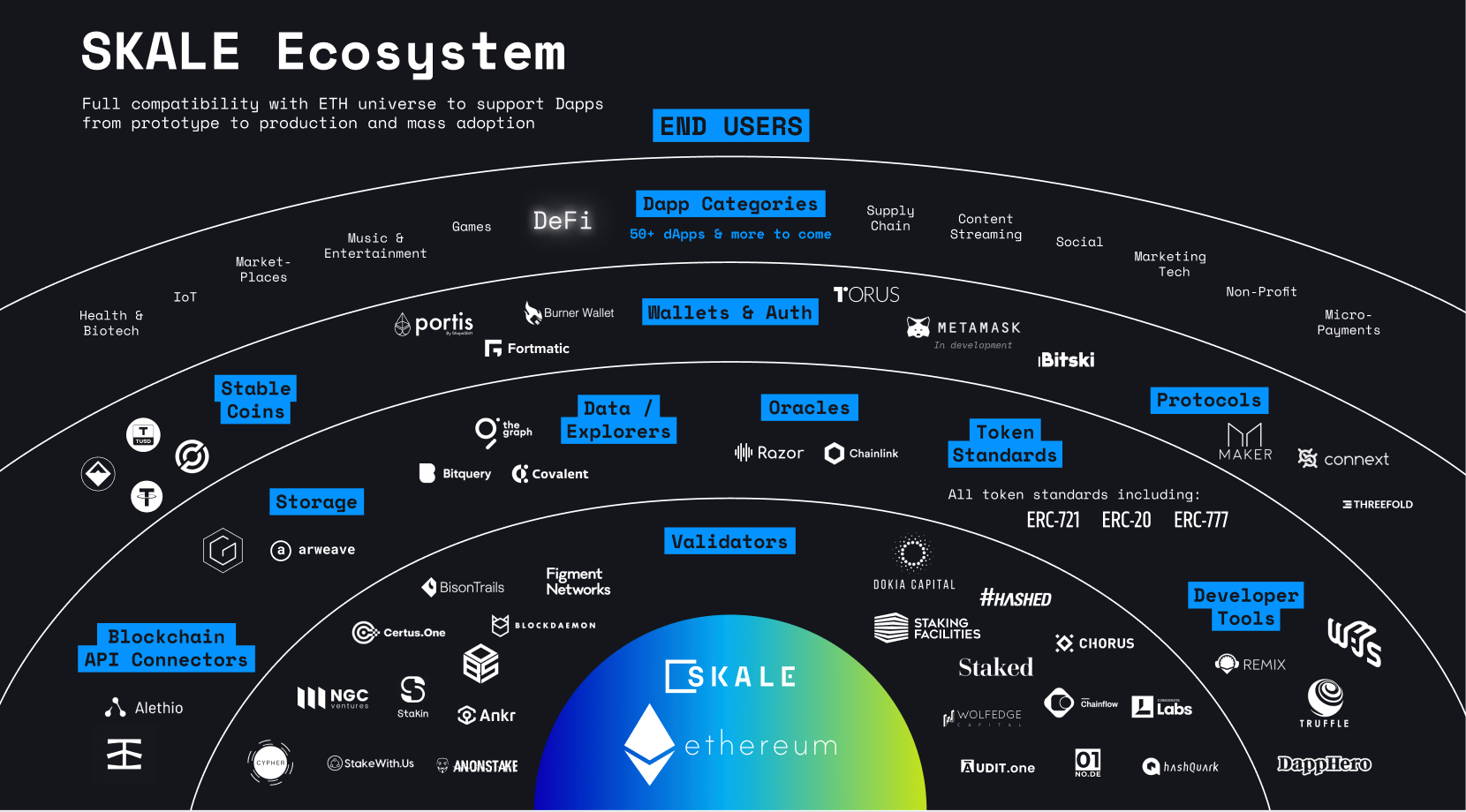 SKALE, the only multichain Ethereum blockchain network which is backed by the likes of Multicoin, Winklevoss Capital, and Galaxy Digital, has announced the launch of their blockchain developer ecosystem fund valued at $100 million. The program will be kicking off with a $5 million blockchain gaming-focused launch pad that will be evaluated by a selection committee called SKALE MP. SKALE MP will offer grants to developers of play-to-earn games that have been chosen by a selection committee of industry experts that will be announced in the near future. MP comes from the popular gaming term Magic Points/Mana Points, which is the resource needed to cast spells to power up your player.

“SKALE is uniquely positioned to help blockchain games optimize their user experience,” said Jack O’Holleran, Co-Founder of SKALE. “Whether it’s zero-fee/gasless transactions, fast finality, or knowing that they are part of a larger universe of interconnected and interactive blockchains, developers become a part of the SKALEverse of blockchains.”

Developers that are building a blockchain integrated game and are interested in applying for a grant should submit an application online. In order to be approved, recipients will undergo a stringent review process. As a part of the award, developers will be highlighted as a part of SKALE Labs communications and will also receive marketing support towards their successful launch.

The program will consist of grants made in various cryptocurrencies and fiat and will be supported by the SKALE DAO, NODE Anstalt (a subsidiary of the Network of Decentralized Economics in Liechtenstein), and other SKALE supportive entities. The money will be allocated to a larger ecosystem to fund projects that satisfy a variety of criteria aimed at strengthening and growing the SKALE Network. Additional information regarding the SKALE ecosystem process will be forthcoming. Upon commencement of the program in March, a decentralized committee will be announced that will help allocate funds, advise, and support the initiatives of the program.

This program will coincide with the launch of SKALE V2 also known as the SKALEverse which includes numerous gaming optimized features such as speedy game mode, SKALE Chain-to-Chain transfers, the launch of ecosystem SKALE Hubs, NFT Marketplaces, and more.