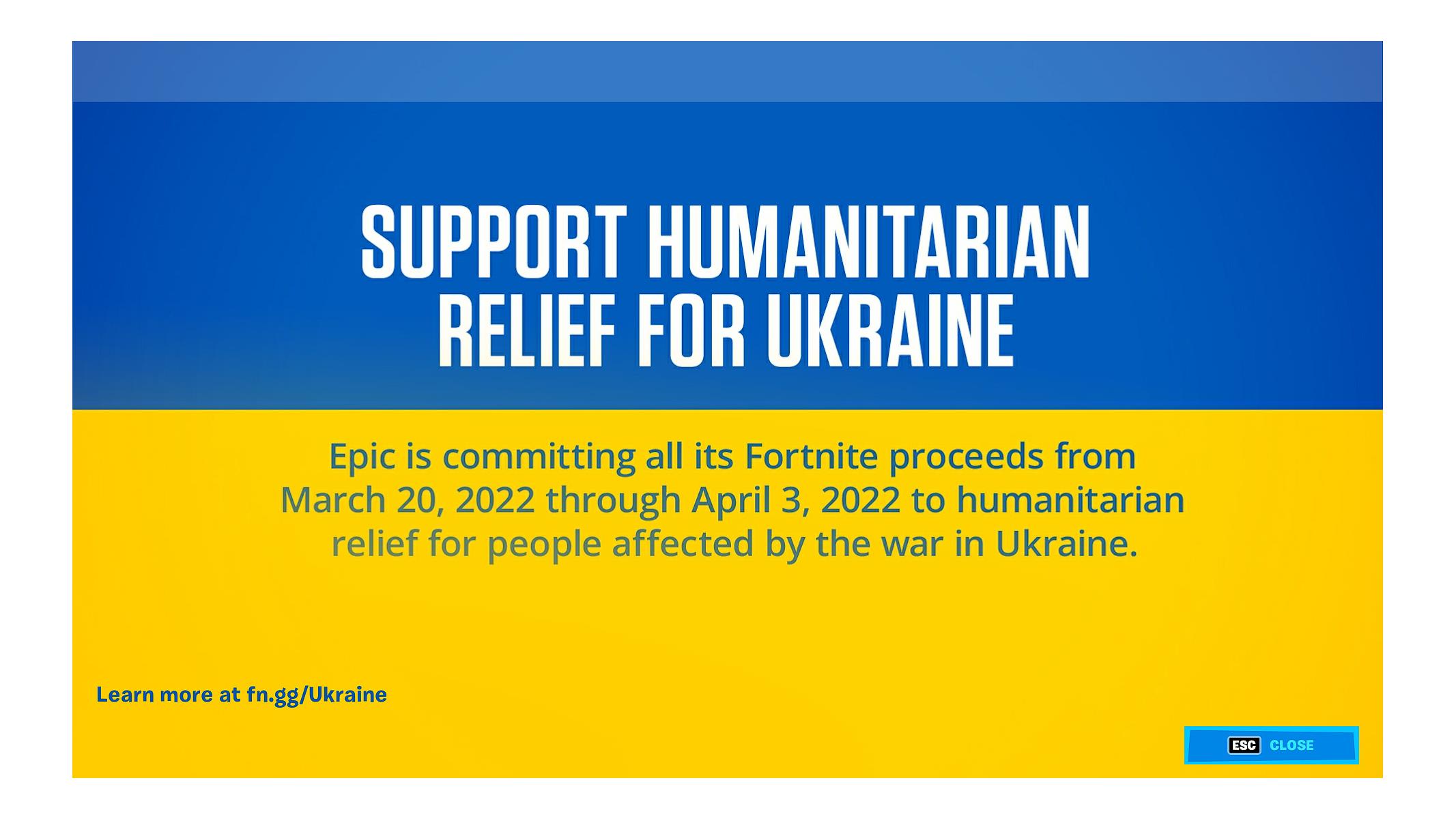 Fortnite has raised $144 million to support relief efforts in Ukraine. This comes after Epic Games and Microsoft announced that they would be donating all of their proceeds from Fortnite to support humanitarian aid in Ukraine as the country tries to defend itself against the ongoing Russian invasion.

On the first day of fundraising alone, the game was able to raise $36 million. This money will go towards several major aid groups including Direct Relief, the United Nations High Commissioner for Refugees, the United Nations Children’s Fund, and the World Food Program.

Epic Games is not the only gaming company to throw its support behind Ukraine. In March, Riot Games raised $5.4 million for Ukrainian aid. Itch.io sold a bundle of one thousand games that brought in more than $6 million in relief. Also, Humble Bundle has been able to raise $20 million to support humanitarian relief efforts in the country.

Since last month, dozens of video game developers have made a concerted effort to also stop the sale of games and other products in Russia and Belarus. Beyond Epic Games, other companies that stopped selling products in the region include Microsoft, CD Projekt Red, Nintendo, Sony, EA, and the list goes on.

(All information was provided by Mashable and The Verge)