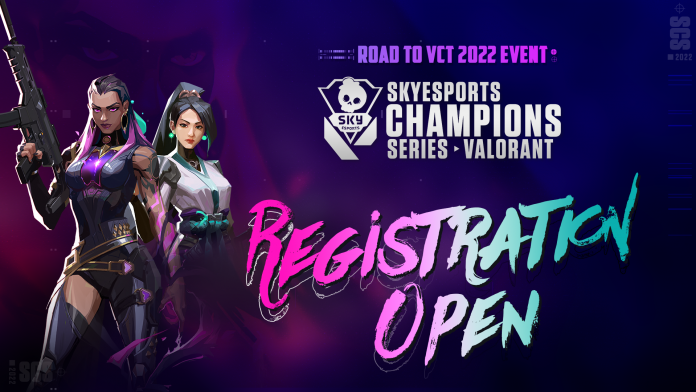 Skyesports recently partnered with Riot Games to create the Skyesports Champions Series (SCS) 2022. This event is will lead into Stage 2 of the VALORANT Champions Tour (VCT) 2022.

SCS 2022 will be a VALORANT tournament series with a $30,000 prize pool that is open to south Asian gamers. The final stage of the event will take place as a LAN event in Chennai, India. Registrations for the event have already opened in India, Pakistan, Afghanistan, Nepal, Bhutan, Sri Lanka, Maldives, and Bangladesh.

Participating teams will compete in two open qualifier tournaments that will be held separately in India. From there, the top two teams from both events will advance to the Group Stage, or Phase Two as it’s called. The top two teams from the entire series will; automatically qualify for the VCT APAC Challenger 2022 Stage Two series.

“We are thrilled to be a part of VALORANT’s tremendous growth in South Asia and are beyond excited to be providing a path to the teams into the VCT APAC Challenger Stage 2,” said Shiva Nandy, the Founder of Skyesports. “The Skyesports Champions Series will set a new benchmark for VALORANT esports in South Asia with top-notch production and live streams in several regional languages.”

As part of this partnership, Skyesports will host a Draw Show before phase Two to divide the 12 qualifying teams into two groups of six. This event will be broadcast on YouTube and Rooter.