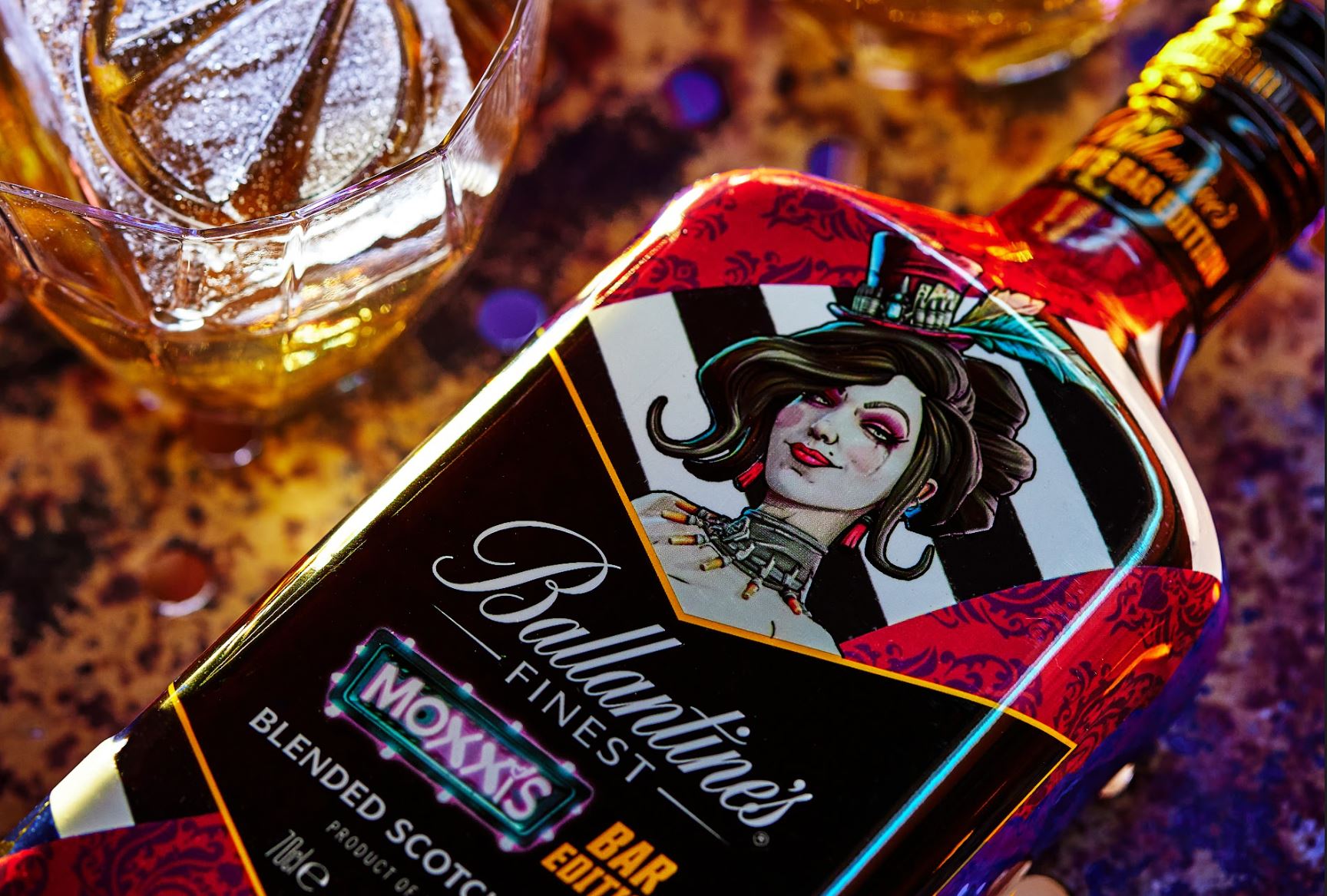 Borderlands is making its way into the alcohol industry. It was recently announced that Gearbox Software had agreed to a long-term partnership with the alcohol manufacturing company Pernod Ricard to promote the organization’s famous scotch brand Ballantine’s. As a result of this deal, Borderlands character Mad Moxxi has been named the drink brand’s “Chief Galactic Expansion Officer” with the goal of bringing the second largest scotch in the world into the gaming space.

The video game tie-in will include the launch of a limited-edition Ballentine’s x Moxxi’s Bar bottle of whiskey which will be available for purchase around the world at a later date that has not yet been announced. Anybody that is able to get their hands on a bottle will be given access to unspecified Borderlands 3 content. And, if that wasn’t enough, a press release from Ballantine’s suggests that Moxxi will be making appearances at bars that are “beyond her usual turf” in the near future.

Borderlands is an action role-playing first-person shooter video game franchise that takes place in a sci-fi western space setting. Mad Moxxi is a non-playable character mission provider that has appeared in every game in the Borderlands main series.

Just remember to please drink responsibly if you do end up purchasing a bottle.

(All information was provided by Fandom, The Whiskey Wash, Video Games Chronicle, and Wikipedia [1,2])

0 comments on “What Do You Think Of This Borderlands-Inspired Alcohol Collaboration?”