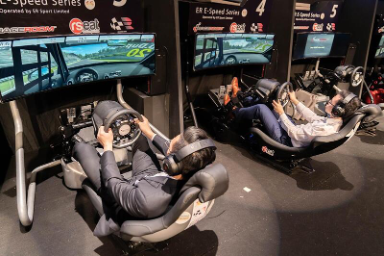 Competitive gaming is no longer confined to the dormitories of students across the US but has spilled out onto the wider campuses and faculties. This growth in esports (and its lucrative revenue streams) has not gone unnoticed by the world of academia. Universities are now devoting time and resources to help build their own teams and divisions.

Even major companies like ESPN are beginning to see the opportunities it affords. The organization has recently made a marked effort to invest in the creation of major championships for these colleges. Yet, while some are at the forefront of this change, others are lagging.

The University of Kansas set up its first varsity-level esports team in 2019. A partnership between Dell and the Kansas University Information Technology Department, it provides coaching and support, which is primarily aimed at League of Legends players. Known as Jayhawk Esports, they are a member of the National Association of Collegiate Esports.

While they may not be the most well-known program, Kansas is currently in the midst of an esports revolution. Esports cafes have popped up along with small esports arenas in Kansas City. All this is supported by the Kansas City Esports Coalition. According to their website, they use gaming for good by developing, advocating, and enriching the esports culture in the Greater Kansas City Area.

The state has also recently relaxed rules so that online sports betting can now take place. Bonusfinder has listed a bunch of sites here that will be running when the sports betting bill comes into effect. Though the term sports betting has yet to be legally defined, the anticipation is that it will include esports. This will create a huge boost for competitive gaming in the state.

Miami University is located in Oxford, Ohio. Not only does it have a great esports program, but it is also a top-rated university. Arriving in 2015, its department was one of the first in the country. By 2017, they had taken first place in the National Association of Collegiate Esports Overwatch season. They had soon amassed numerous trophies for victories in League of Legends as well.

A purpose-built esports arena resides on the first floor of one of the libraries. Scholarships are offered in esports along with physical training programs. Even classes in games simulation are available if players want to pursue it as a career further down the line.

Students can also become counselors in the summer camps that are on offer. A junior varsity program also operates for people who want to play without the pressure of being on the main varsity team.

This university was the first to create an esports program. Starting in the fall of 2016, it now has several programs for gaming research. Summer camps are also plentiful with girls in gaming and Overwatch boot camps.

A purpose-built esports arena has been built on the campus. With 72 computers, it also has a broadcast station in a 3,500-square feet space. A major conference takes place at the university each year where industry representatives gather to discuss trends and the future of esports.