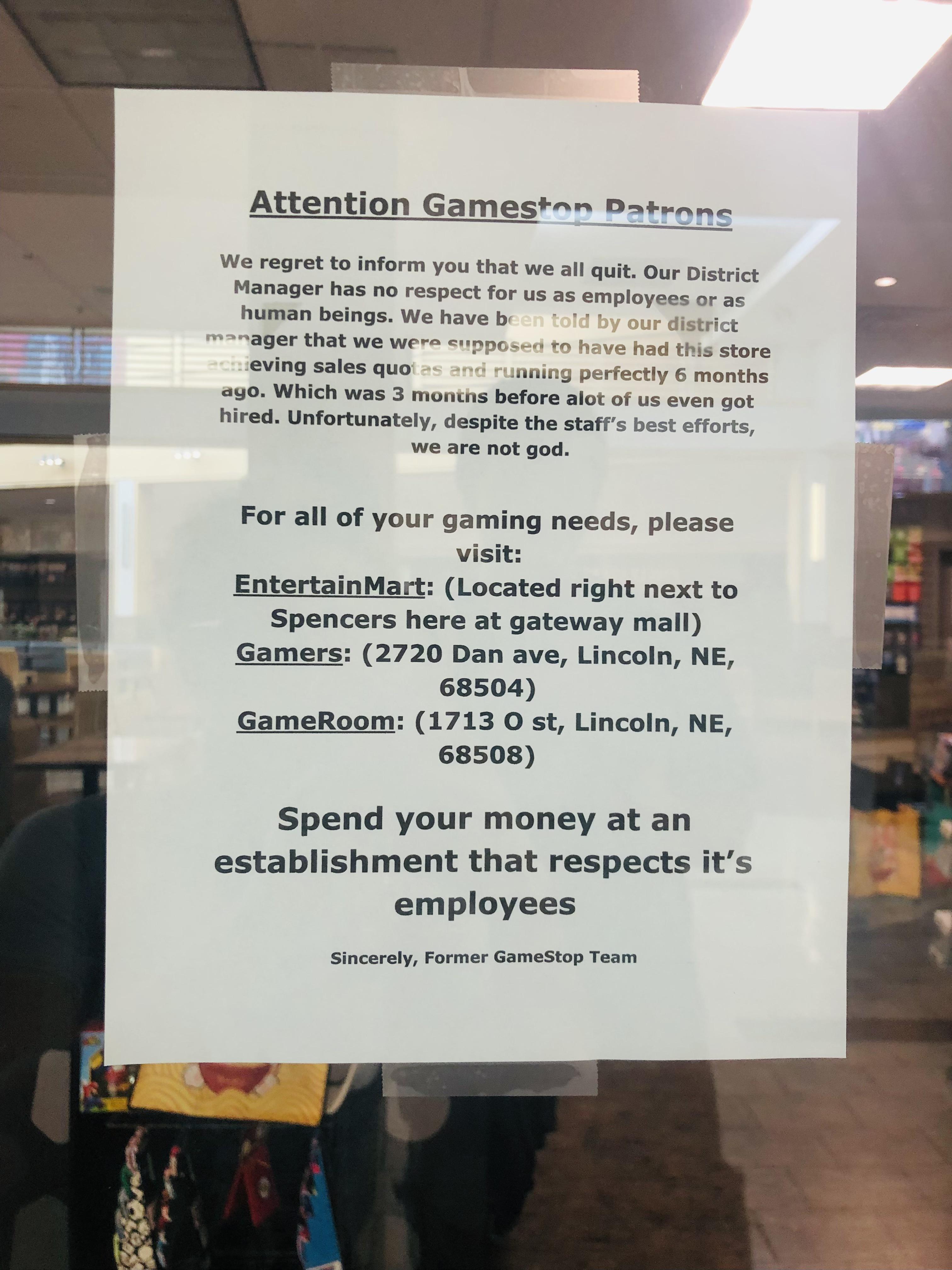 GameStop employees in Nebraska will no longer stand for being overworked. The GameStop store at the Gateway Mall in Lincoln, Nebraska is arguably one of the busiest in the United States. But, earlier this month, the store was forced to temporarily shut down after four employees staged a walkout, electing never to return to the video game retail shop following claims they were verbally abused by the district manager and subjected to poor working conditions.

The disgruntled workers taped a note to the store’s front door in the mall explaining why they had all quit.

“Our District Manager has no respect for us as employees or as human beings,” The letter read. “We have been told by our district manager that we were supposed to have had this store achieving sales quotas and running perfectly 6 months ago. Which was 3 months before a lot of us even got hired. Unfortunately, despite the staff’s best efforts, we are not God.”

What might be even more interesting is that the note also encouraged shoppers to take their business to other competing stores. In fact, the note said that you should “spend your money at an establishment that respects its employees.”

Amazingly, this is not an isolated incident. This is the second time this year that a GameStop store in Nebraska saw all of its workers resign due to unfair working conditions and bad employee treatment. Yikes.

It doesn’t matter how big or small you are, you better treat your employees right if you want to run a successful business.