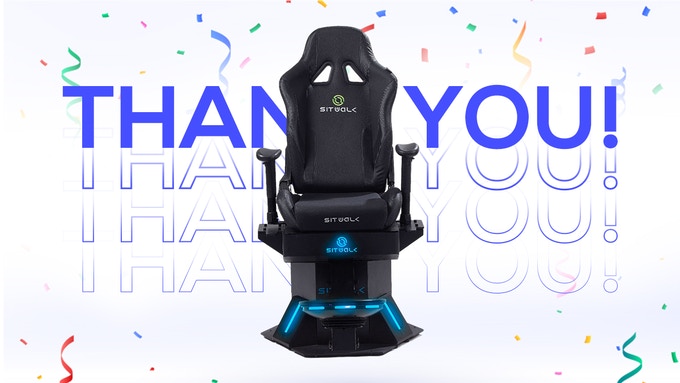 Vaxis Inc. is looking to change the landscape of the global gaming chair space with its new product. Dubbed the SitWalk VR Controller, this revolutionary gaming chair features a disc that can be moved with your feet. As a result, gamers will no longer need to worry about joysticks or jumping around when using virtual reality headsets.

“SitWalk VR Controller is a foot-based VR locomotion system that allows locomotion at the feet in VR becomes second nature,” reads the product’s Kickstarter page. “Whether you’re a player, a casual VR fan, or just someone who would like to hang out with friends in the virtual world, we’ve got you covered.”

This gaming chair is compatible with almost all VR gaming devices, including the Oculus Quest 2. With a starting price of $999.99, the first SitWalk VR Controllers are expected to be shipped out this August.

The world’s most famous and well-respected gaming chair reviewers are back! You can see that the foot-based D-pad allows you to look around, move forward, etc. Mobility is one of the big unresolved technologies in the virtual reality space. This doesn’t really solve the immersion issue of mobility in VR. People don’t walk by pointing their toes forward. This is one of the rare instances where I’m not buying this. I wanted this to be great, but I don’t think it’ll work or fix any major problems in VR.

(All information was provided by Kickstarter and PCGamesN)