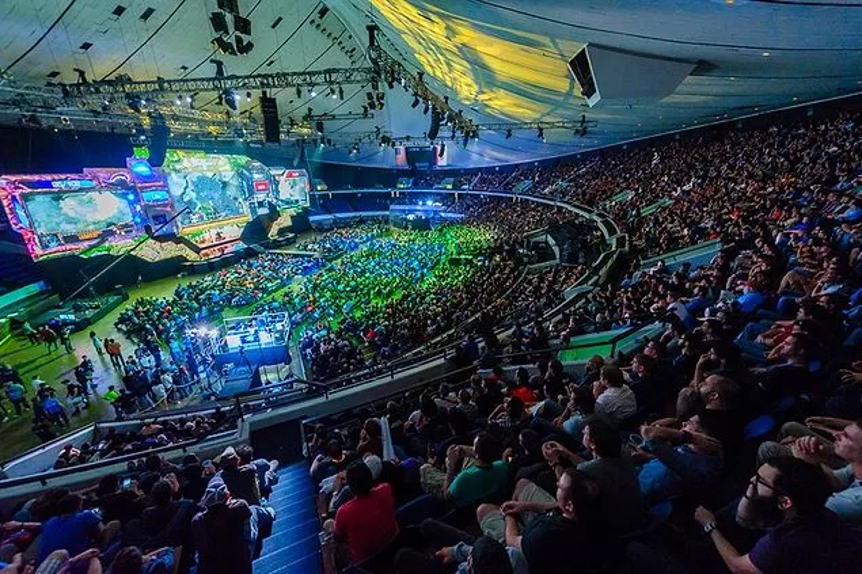 Esports is flourishing right now. While it dominates the news headlines on certain publications and garners interest from all corners of the globe, its growth has been attributed to a number of major sponsors that have helped elevate the package on offer for esports fans while also enabling players to win even bigger prizes.

For many major sponsors, making inroads into the esports market makes a great deal of sense. For starters, its growth is impossible to ignore. In 2020 alone, for example, global turnover from esports equaled to $1 billion, with estimations suggesting that it will reach close to $2 billion by the end of 2023. Given the undoubted opportunities on offer for a variety of sponsors, it’s inevitable that we’d see some major brands jump onboard the esports train.

Fans of the sport are certainly encouraged by the array of renowned sponsors that are getting involved in the esports scene, too. Not only do these companies reward fans with competitions and the like, but they have contributed to a dramatically improved product on the whole. For instance, events are now more professional than ever before, the coverage is excellent, and players are winning larger sums of money than previously. For fans, a typical esports event provides all of this and more, with some fans following live streams from their favorite professional players, while others will make use of esports betting opportunities in the same way fans do in other sports. Essentially, for fans of esports, the product on offer has never been so attractive.

With some notable sponsorship deals contributing a great deal towards esports’ overall growth, let’s take a look at some of the biggest esports sponsors during its short history so far.

Intel, a world-famous technology giant, has been a prominent sponsor of esports since 2002. As well as donating PCs and 5G services to its selection of esports partners, the tech behemoth has also sponsored a number of notable events. For example, Intel’s name has been associated with the Overwatch League and the ESL National Championship. The company also champions esports as a career for young people by providing scholarships in the shape of National Student esports for any aspiring esports professionals. Intel certainly expects esports to grow even further in the near future, hence the company’s variety of investments in the industry over the years.

A world-renowned Japanese automobile company, Honda first ventured into the esports arena in 2020 and hasn’t looked back since. As well as partnering with Team Liquid and sponsoring the League of Legends, Honda’s name has been seen at a number of other reputable events. In fact, the company even managed to host an esports competition in Thailand a few years back, further highlighting Honda’s evident ambition to be a part of the esports furniture moving forward.

As a brand, Red Bull has already impacted other sports. As such, it comes as no surprise to see the brand of energy drinks now having a say in the landscape of esports gaming. For example, in 2006, Red Bull signed its first esports athlete, Halo legend David Walsh. Some five years later, Red Bull LAN was formed, too. The world-famous brand has also sponsored competitions for the likes of Dota 2, Tempo Storm, and Blizzard’s StarCraft 2. If esports’ revenue continues to grow further and reach new heights, you can guarantee that Red Bull will have played a part in that.

Other key esports sponsors from over the years include the likes of Pepsi’s Mountain Dew, Comcast Xfinity, Coca-Cola, U.S. Air Force, The Kraft Group, and Disney’s Marvel.