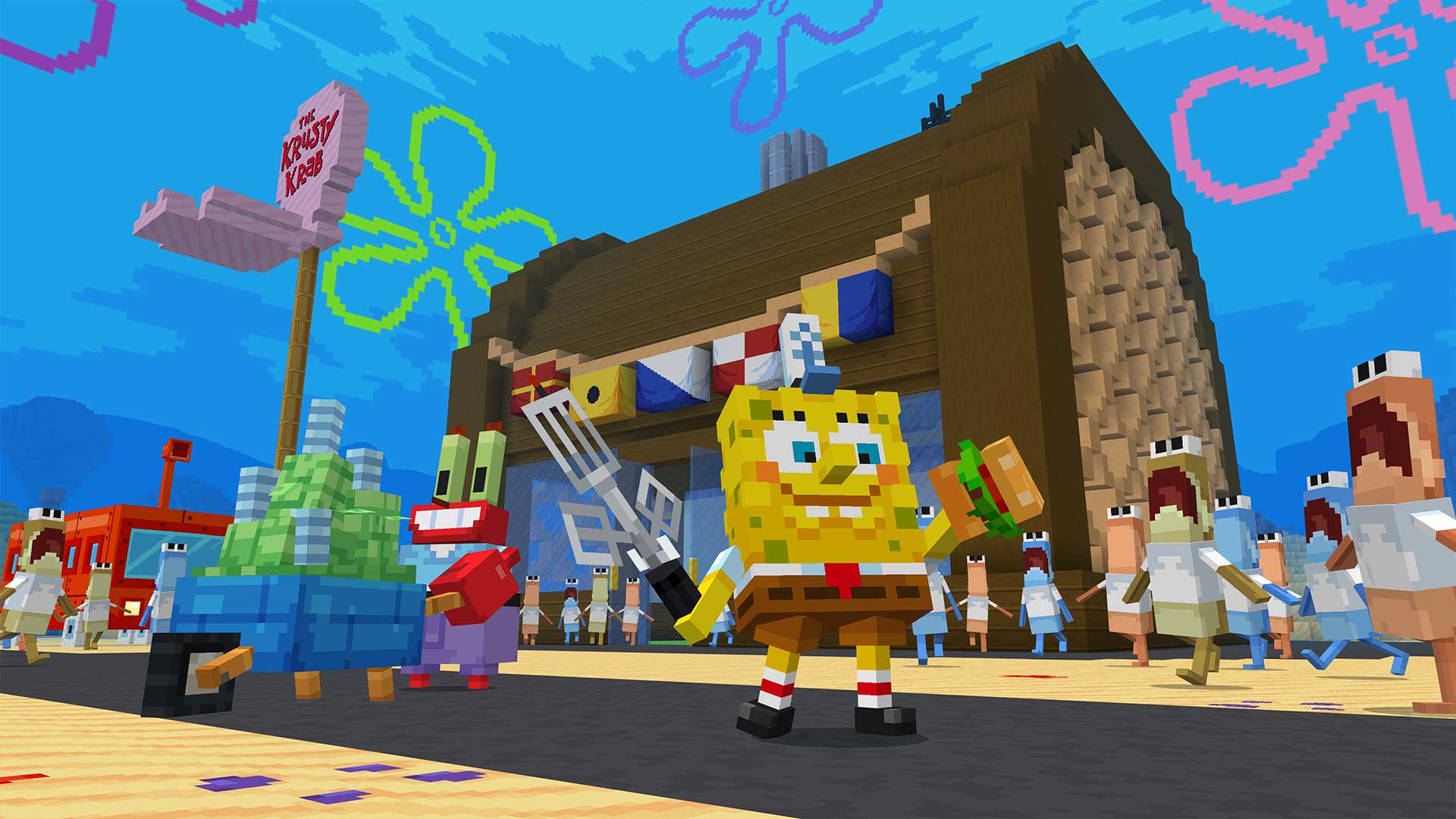 On July 26th, Minecraft announced it had teamed up with Nickelodeon and Spark Universe to release SpongeBob SquarePants-themed DLC in the world-famous children’s game. And, as Dexerto puts it, instead of just introducing a few new skins, this package will reportedly bring a whole new world of entertainment to the best-selling video game of all time.

Obviously, this DLC update will come with a bunch of skins, 40 to be exact. This will allow players to outfit their avatars to look like all the beloved characters from the show including Patrick, Squidward, Sandy, Mister Krabs, Plankton, and of course the yellow man himself. Or is it sponge? Whatever.

This content update will also feature a new Minecraft Map. By visiting this map, users will be able to ride rollercoasters, visit the Krusty Krab, live in a Pineapple under the sea, and explore other parts of Bikini Bottom.

In order to download this content, you must either navigate the Minecraft Marketplace or simply visit the game’s website. Once you find the page, you just have to spend 1,340 Minecraft Coins to gain access to the bundle. For you math nerds out there, that’s the equivalent of $7.87 according to Sponsor Hunter. Once you make your purchase, you’ll have access to all 40 skins and the newly created virtual video game world.

(All information was provided by Dexerto, Minecraft, and Sponsor Hunter)

0 comments on “SpongeBob Comes To Minecraft”