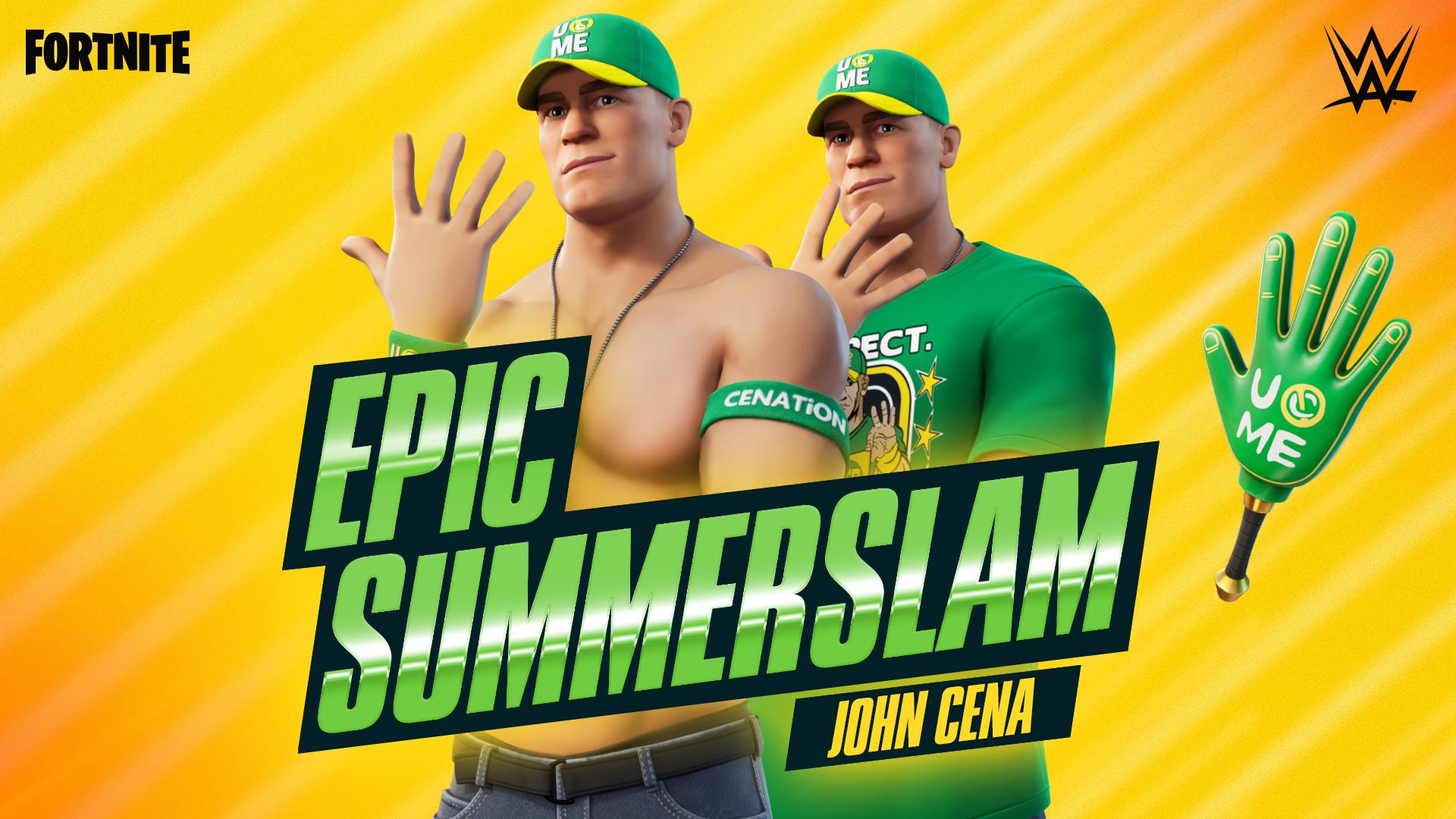 In Late July, a John Cena skin was introduced to Fortnite to coincide with the WWE’s SummerSlam event that was held on July 30th at Nissan Stadium in Nashville, Tennessee. This skin and a demo with the skin being used were first announced by Epic Games on July 26th.

The skin comes in two forms: an entrance gear form and a ring gear form. This outfit even comes with a new emote, John Cena’s signature You Can’t See Me move. You know. The one where he waves his open hand in front of his face. The John Cena set was made available on the Fortnite Item Shop on July 28th.

That wasn’t the only video game collaboration featuring the 16-time WWE world champion. John Cena has also made his way into Rocket League. Also on July 28th, a WWE theme bundle was introduced to the globally famous esports title. This package included John Cena-inspired octane decals as well as a set of decals based on fellow superstar and current WWE World Champion Roman Reigns.

Amazingly, John Cena is only the second former wrestling icon to be featured in the world of Fortnite. The other WWE icon to make his way from the ring to battle bus was former wrestler and actor Dwayne The Rock Johnson.

So, it looks like if you’re a wrestler and you want to be featured as a skin in Fortnite, you better start working on your acting skills. After all, it worked for John Cena and The Rock.

(All information was provided by Fortnite, Google [1,2], Polygon, and Wikipedia)