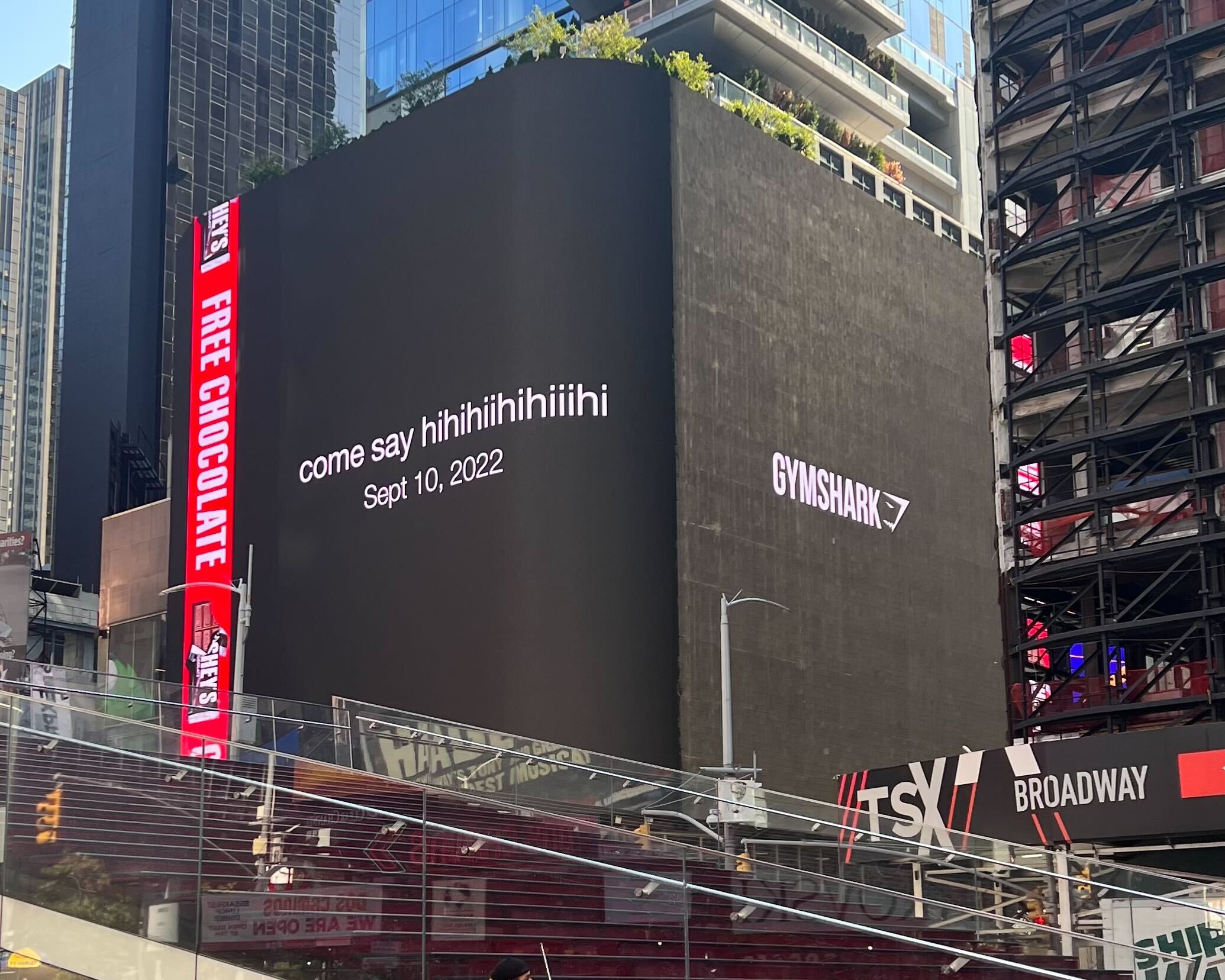 Rachell “ValkyRae” Hofstetter was recently named a new brand ambassador for the UK-based fitness company Gymshark. This deal was announced with an impressive billboard ad in Times Square that was unveiled on September 10th.

This deal will see ValkyRae prominently featured across the Gymshark website. Additionally, customers can now browse a collection of “ValkyRae Favorites” if they want to try on some of Hofstetter’s favorite clothing items.

To celebrate this new partnership, Gymshark flew ValkyRae to New York City so that she could see the billboard firsthand. Once she arrived, the world-famous streamer was greeted by tons of fans that came out to show their love and support for her.

“I appreciate every single one of you that came to say hello I just have never had a meetup that was mostly ladies, I’m baffled, your honor,” she said in a series of tweets from her personal social media account.

Since starting her streaming career in 2014, ValkyRae has emerged as one of the most popular influencers in the world of gaming. Recently, she made her way onto Forbes‘ “30 Under 30” list.

(All information was provided by Dexerto, GINX Esports TV, Tubefilter.com, and Wikipedia)