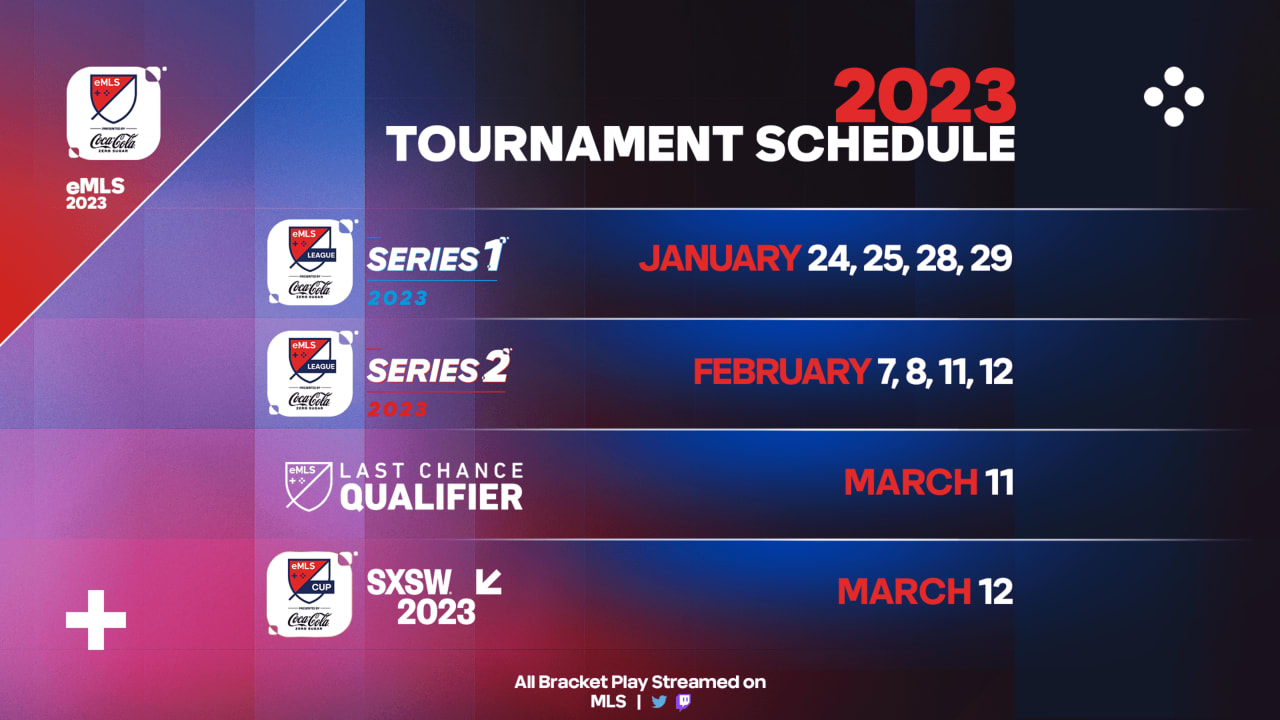 On December 8th, Major League Soccer and Electronic Arts announced changes for the upcoming 2023 eMLS season. Next year, the eMLS season will feature two marquee events, a last-chance qualifier, and, of course, the 2023 eMLS Cup.

The 2023 season begins with the eMLS League Series 1 competition on January 24th and 25th. After that, the group stage will take place on January 28th followed by the finals on January 29th.

Less than a month later, the eMLS League Series 2 events will begin on February 7th and 8th. group play for that will be on February 11th with the final matches scheduled for February 12th.

The 2023 eMLS season will conclude at South by Southwest in March. The last chance qualifiers will be held on March 11th. One day later, a new champion will be crowned at the 2023 eMLS Cup.

(All information was provided by Major League Soccer)

0 comments on “Changes Coming To eMLS Competitions Next Year”