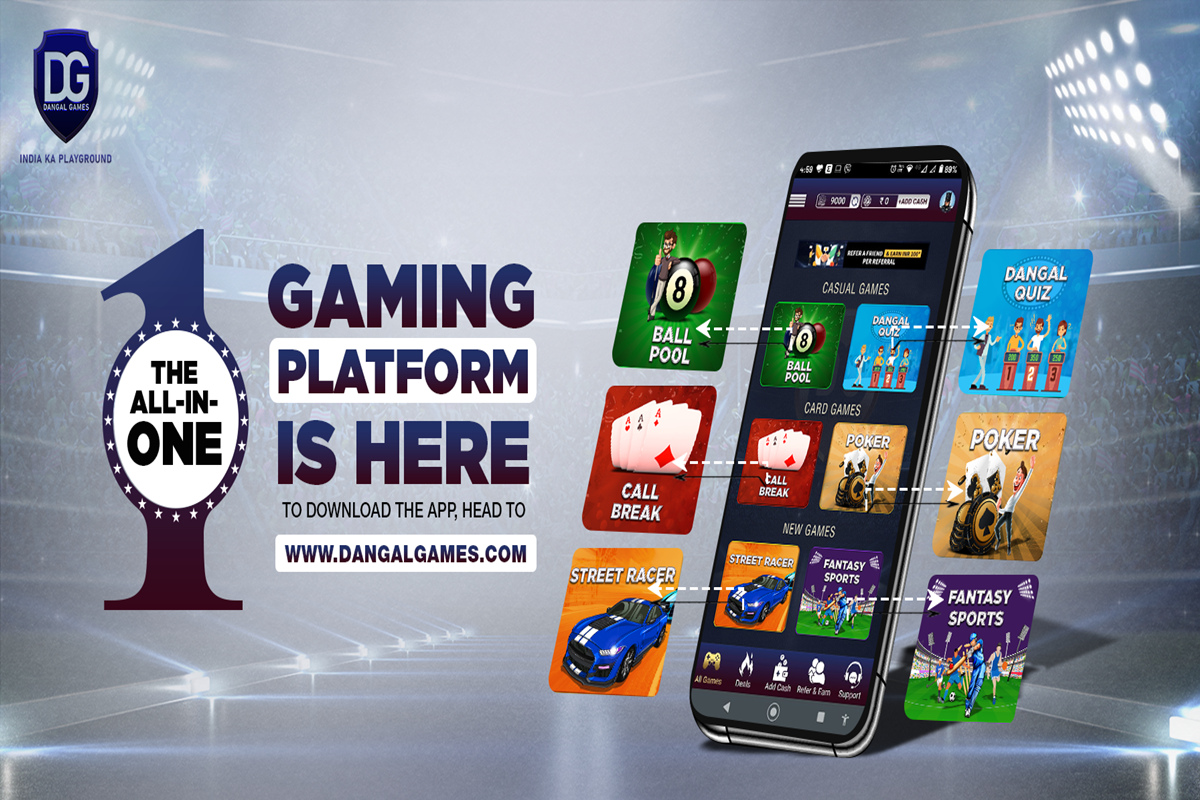 On August 12th, the online gaming platform Dangal Games announced plans to enter the casual gaming market with a new app. This product will add over 50 games to the company’s repertoire including 8-ball Pool, carom, racing, and more.

Dangal Games will also launch a unified gaming app that will initially be available only for Android users. The company said that this announcement coincides with a $1 million Series A funding round that took place in January.

“We have realized that there is a huge consumer base that we can reach out to through casual gaming,” said Varun Mahna, the founder of Dangal Games. “In unified Dangal Games App we are trying to accumulate both ― casual gaming and our flagship products under one umbrella so that the end-user can have diversified options based on their likings without having to deal with downloading multiple apps. We are aiming to reach 8 crore users in two years.”

According to reports from the All India Gaming Federation (AIGF) and EY India, the online gaming industry will grow at a compound annual growth rate of 22% to $2 billion by 2023. Additionally, the study states that online gamers are estimated to grow from 360 million in 2020 to 510 million in 2022.

(All information was provided by Livemint)