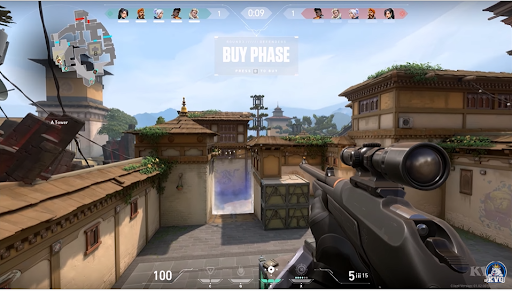 VALORANT is one of those games that you can play for hours without knowing that you have forgotten your dinner or your online classes – such captivating is the gameplay. This online tactical shooter game has truly made a mark of its own, and that too in a segment heavily dominated by some of the more established players of the industry – Call of Duty and Counter-Strike are just some examples. VALORANT has found the perfect combination between a fun and exciting game that anyone can play and kept in the tactical aspect of the online shooting games, making it popular amongst purists.

But, do not let the welcoming introduction about the game fool you; it is a game that would leave you head-scratching from time to time. Sure, anyone can get familiar with the game, and the learning curve is not steep at all, but do not think that it is an easy game. Even with the VALORANT cheats from Battlelog, you would find yourself struggling, but not if you follow the below-listed tips carefully.

1. Choose The Best Agent For You

You must have seen streams of professional games on Twitch and YouTube playing with specific characters and recommending them to beginners. No point in listening to such a piece of advice. It is great that you are following pro players so that you can learn advanced techniques to win more in VALORANT, but not every player is the same. You can even look at your best bud in the game. Their gaming style should be different from what you have. So, you should opt-out for an agent that fits your playing style before anything else.

Many different agents are also there in the game. Some are suited for aggressive players, some for more tactical operators, and many for someone in between. You should do thorough research before committing to any one agent.

2. Make Crouching A Part Of Your Gaming Technique

If you are just starting in VALORANT, you are late to the party. There are millions of veteran players in the game who can chew you out without much effort. These players are more experienced and immediately go for a headshot for a sure kill. Fortunately, you can counteract it – by ducking and it is an easy way.

Yes, it might seem too simple to work, but it actually has shown positive results against the more experienced player of the game. So naturally, you need to make crouching an essential part of your gaming technique.

3. Be Unpredictable In Your Movement

The biggest mistake you can make in VALORANT is being predictable. Yes, as absurd as it may sound, the more unpredictable your movement and overall gameplay are, the more likely you will get shot in the next couple of minutes. Veteran players are pretty good at finding patterns regarding the player’s movement; the only way you can make sure that it does not happen is by adding some measure of unpredictability in your movement. This could easily frustrate your opponent, giving you a golden opportunity to make the moment count.

4. Your Knife Is Excellent For Close Combat

VALORANT is a shooter game; no one denies that, but that does not mean there is no space for any other weapon in the game. Your knife can become extremely valuable in close-range combat when aiming your weapon at the enemy for a precise shot is not an option. A knife can quickly help you knock them without making much noise.

If you are looking for a sneak kill, your knife can come in handy as you can take a player out without making their teammates aware of any fight; it is the silent killer.

5. Communicate With Your Team

VALORANT is a team game where you must prioritize your team before anything, especially if you want to be victorious at the end of the round. You have to efficiently communicate with your teammates regarding your gaming strategy, spending strategy, and even opponents’ locations or loot items. Believe us, a 4-on-1 or 5-on-1 would only result in one way.

VALORANT is not where you can try a lone wolf gung-ho approach since your opponents would be looking for stragglers like you at the beginning of the game. So, yes, play as a team if you want to win.

0 comments on “Valorant Tips And Tricks: 5 Tips To Help You Win More Games”